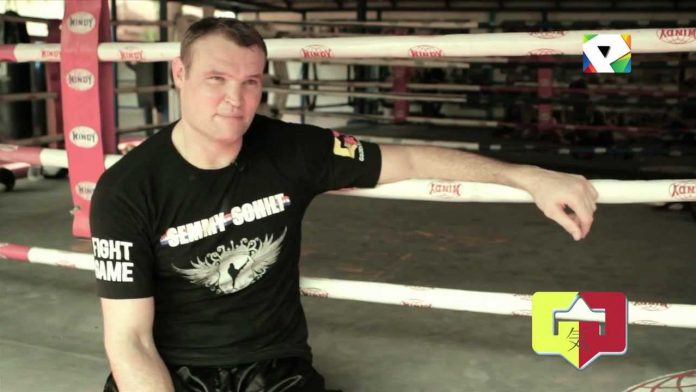 There has been a lot of talk over the last few years of FEG’s financial problems, obviously the biggest being the scandal that erupted and led to the hiatus and sale of K-1. Caught in the crossfire of the whole ordeal was Golden Glory’s Bas Boon, who is owed somewhere in the realm of $2 million by FEG and attempted to outright purchase K-1 before EMCOM purchased the rights to K-1 and formed K-1 Global Holdings. In a new interview with legendary Japanese journalist Tadashi Tanaka, Boon discusses the proceedings in Japan, as well as his suspicions over the current K-1 brand.

“At 5 pm on May 7, the Tokyo District Court issued an order declaring FEG bankrupt, and commenced proceedings to wind up the company. The court ruled that FEG is insolvent and has appointed a trustee to administer all outstanding debts of the company.

We estimate that FEG’s debts exceed $30 Million; Golden Glory is owed nearly $2 million, all of which is debts to fighters and trainers. The real tragedy is for the many incredibly talented athletes, production companies, venues, and other suppliers who were making an honest living providing services to K1.

As a creditor of FEG, Golden Glory hopes that this bankruptcy proceeding will also lead to an opportunity to shed light on the parties responsible for the company’s mismanagement and reveal what is really going on with the K-1 brand. We are especially concerned that some transactions will drain FEG of its remaining assets and goodwill and leave the creditors with nothing. It does cost a lot of money but we are confident that with the administrator from the court we will find assets from FEG/K-1 which can be used to pay some of the creditors.

It is a very long and costly process to file a petition for a foreigner in Japan.”