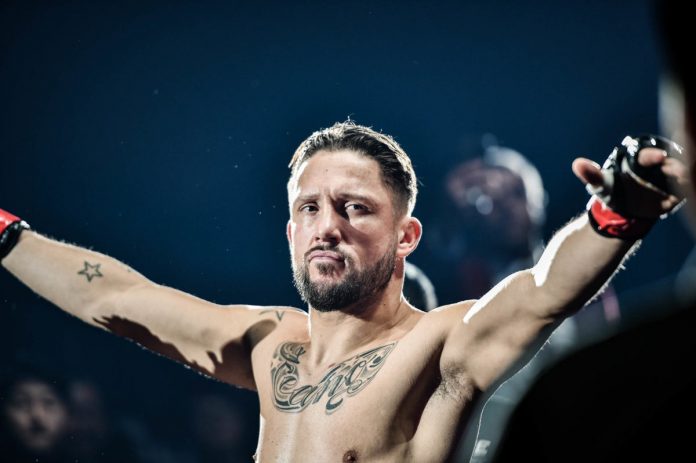 Andy Souwer ended up winning his fourth S-Cup, defeating friend, teammate and student Henri van Opstal in the finals via unanimous decision. Souwer advanced to the finals by getting a majority decision over Kem Sitsongpeenong in his first match-up and then stopping Hiroki Shishido in the first round in the semi-finals. van Opstal defeated Bovy in his first match-up by unanimous decision, and also got a first round stoppage in his semi-final fight, as he knocked out Satoru Suzuki in the first round.

Henri van Opstal was supposed to face Hiroaki Suzuki, who defeated Joachim Hansen by extra round unanimous decision, but Suzuki couldn’t continue on to the semi-finals. Satoru Suzuki had won his reserve fight against Akihiro Gono by first round knockout, so he stepped in and fought van Opstal. Other quarter finals included Hiroki Shishido getting a majority decision over Gesias Cavalcante.

In the other reserve fight, Hinata Watanabe rematched Andy Ristie, and it went pretty much the same way as their first fight back in January at It’s Showtime. Ristie stopped Hinata in the first round again, extending his winning streak going into his fight with Andy Souwer next month at the K-1 MAX Finals on December 15.

In super fight action, RISE 60kg champion and LiverKick #10 ranked lightweight Kosuke Komiyama defeated Masa Naguranchun M16 by unanimous decision in an extra round at 60kg. At 63kg, Kizaemon Saiga defeated Shootboxing’s MASAYA by unanimous decision. At 70kg, Toby Imada notched another win in Shootboxing thanks to shoot points, as he got a majority decision over Mostafa Abdollahi.

Reserve: Satoru Suzuki def. Akihiro Gono by KO in Round 1.

Reserve: Andy Ristie def. Hinata Watanabe by TKO in Round 1.

Hiroaki Suzuki def. Joachim Hansen by unanimous decision in an extra round.

Henri van Opstal def. Satoru Suzuki by KO in Round 1.

Andy Souwer def. Hiroki Shishido by KO in Round 1.

70kg: Koutaru Mori def. Yuki Sakamoto by unanimous decision in an extra round.

HW: Magnum Sakai def. Shunsuke Inoue by KO in Round 3.