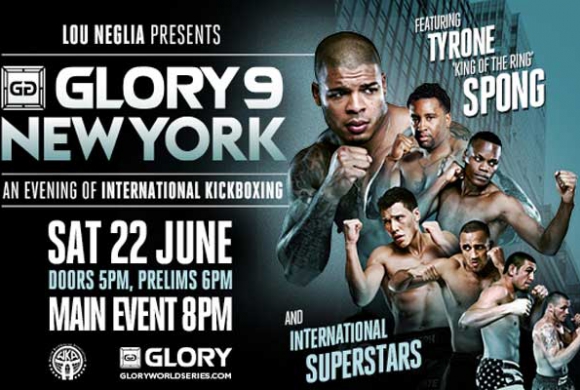 In what was a matchup between the best fighters at Light Heavyweight under the GLORY banner we saw Tyrone Spong square off against Danyo Ilunga in the Light Heavyweight Slam Finals. Both men were worn down from fighting twice earlier in the night, with Ilunga fighting two harder bouts for sure. Both men were primed and ready for action when Spong landed a barrage of strikes that Ilunga was covering up.

In what was a rather confusing turn of events, Ilunga, who was still standing, still covering up and aware of what was happening, was pushed aside by the ref who called the bout in what was one of the worst stoppages that we’ve seen in a very, very long time. It makes some of the Joop Ubeda stoppages of the last few years look competent. We’ll hopefully have footage of the stoppage in a bit up on the site, but if you somehow missed it, trust us, Spong was looking good, but Ilunga was not down and out by any stretch of the imagination.

Congratulations go out to Tyrone Spong, though, as he won the GLORY Light Heavyweight Slam in New York, which is a feather in his cap no matter what.