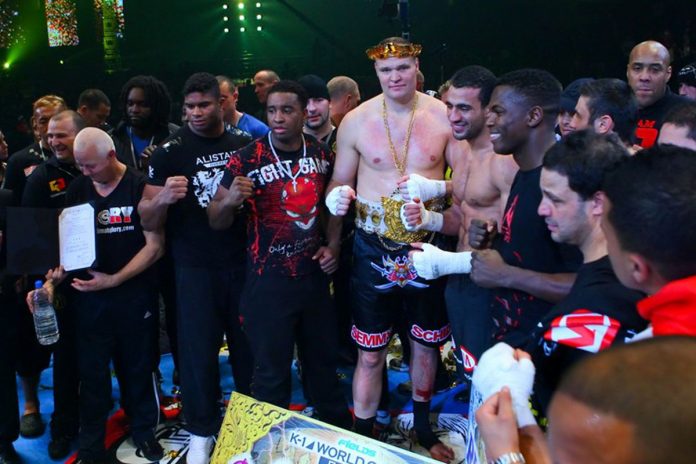 Over the last few months there have been various reports that four-time K-1 World Grand Prix Champion, 2012 Glory Grand Slam and Glory Heavyweight Champion Semmy Schilt will no longer be fighting. The rumors were first centered around his participation in future tournaments, as after his victory on New Year’s Eve in 2012 he stated that he would not participate in future tournaments, although it was quickly brushed off. Since then there has been talk about him fighting Gokhan Saki with the Heavyweight title on the line, but there has also been talk of Schilt no longer fighting at all.

Since last night LiverKick has received numerous reports from reliable sources that Semmy Schilt is retired, effective immediately. The decision was apparently not an easy one for the Hightower, who was instructed to retire from his medical team due to a heart condition that was discovered. This marks the retirement of what may be the greatest Heavyweight Kickboxer of all time, with five big tournament victories under his belt and numerous world championships. Schilt was also a pioneer in the sport of Mixed Martial Arts, making his debut in Pancrase in 1996, fighting in both the UFC and PRIDE over the course of his career.