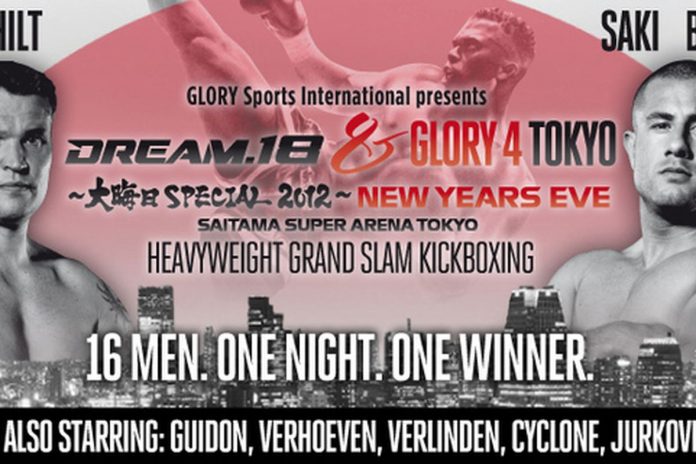 The GLORY 4 Tokyo event is set to take place on December 31st and today marked the day when GLORY broadcast the draws live from Japan. It was a bit of an unorthodox draw with a few fighters in Japan and a few in Holland live via Skype video chat. Raomoru, Fabiano Cyclone and Musashi were in attendance, with Musashi choosing the names out of a jar. The way the draws worked were the first 8 seeds, which are chosen from Glory’s rankings, were placed across the board and their opponents were selected randomly out of the jar.

We also heard from Cor Hemmers about the format of the event, which we already know the basics of; the first few rounds of the tournament consist of two minute rounds with an open scoring system. If there is a clear winner after two rounds, that fighter moves on, if not, a third and final deciding round comes into play. In the Finals of the tournament it is full Glory rules; Three three-minute rounds with two extension rounds for all of the (excuse the pun) Glory.

So without further ado, here is the line-up for the GLORY Grand Slam Tournament: