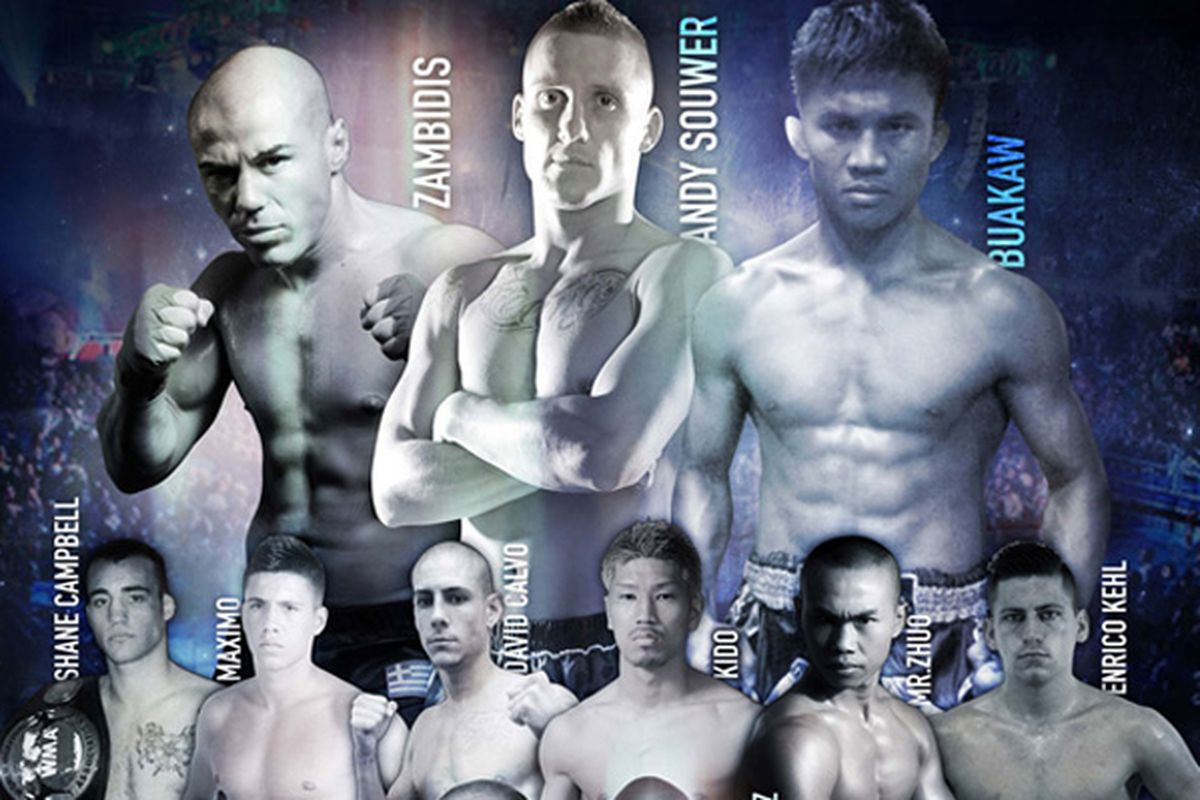 Yes, it is that time yet again for live results. This time feels a bit special as this is the first time in two years now that we will be seeing a K-1 Heavyweight tournament event originating live in Japan. It is airing on Ustream/Spike TV’s website for free. Yes, for free. Follow us on Twitter as well (@LiverKickdotcom and @RianScalia).

Zhou Zhi Peng (R2 – TKO) Koutaro Mori – Zhou simply applied too much pressure and used his hands effectively against Mori, who was working his kicks.

Benjamin Adegbuyi (R1 – TKO [Injury]) Jafar Ahmadi – Decent bit of a fight, then Ahmadi’s hand came down onto Benny’s leg and apparently broke his hand. He shook his hand in the corner and took a 10 count.

Pavel Zhuravlev (R3 – Dec.) Saulo Calavari – Good back-and-forth with Saulo showing flashes of brilliance, but was simply outclassed by Pavel. Oddly enough, they listed Pavel as being from Russia, not the Ukraine.

Changhyun Lee (R3 – Dec.) Genji Umeno – Amazing, amazing fight. Just go and watch this one, I don’t feel like I can do it justice right now.

Ben Edwards (R2 – KO) Raul Catinas – Both men were looking to murder the other in round 1, but between rounds it became clear that Catinas was completely gassed out. Edwards slugged Catinas out and then pushed him over for the ref to count him down.

Jarrell Miller (R3 – Dec.) Arnold Oborotov – This was kicks vs. punches and Jarrell’s punches put Oborotov down in R1. Round 2 saw Oborotov look a bit better, but round three was all Miller.

Zabit Samedov (R1 – KO) Xavier Vigney – This fight was brutal. Samedov is a seasoned veteran and Xavier Vigney is fresh out of high school with one professional fight under his belt. It felt irresponsible of K-1 to put Vigney in a position like this. After Vigney was hit once he fell apart and went down three times, his corner throwing in the towel right before the third.

Hesdy Gerges (R3 – Dec.) Sergei Lascenko – This fight was exactly what you’d expect of it. Hesdy is the easy favorite for the whole tournament now.

Ismael Londt (R3 – Dec.) Singh Jaideep – This fight was also exactly what you’d expect of it. Londt gassed out, Jaideep hit like he was trying not to break an egg.

Catalin Morosanu (R3 – Dec.) Paul Slowinski – Slowinski looked good early on, but Morosanu kept throwing bombs until they did him favors in round 3. Two knockdowns in R3 told the story.

Mirko Cro Cop (R3 – Dec.) Randy Blake – Randy Blake simply had no answer for Cro Cop and was connecting here and there, but proved to not have the power to make a difference. Late in the third Randy sucker punched Cro Cop, which sadly for him, did little damage. Cro Cop walks away with the win.