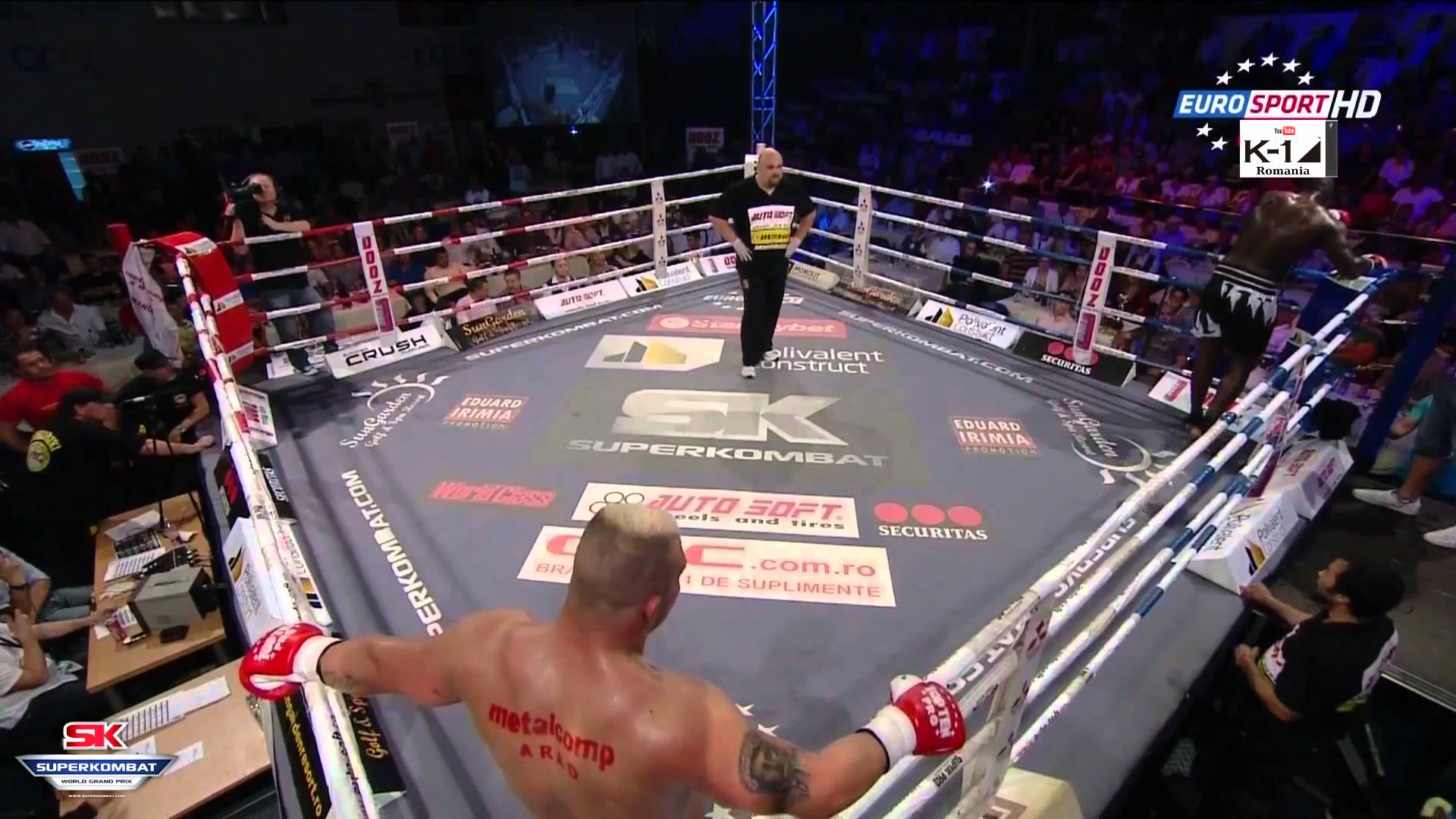 K-1 announced today that they have entered an agreement with SuperKombat. SuperKombat will now be assisting K-1 with format and production of events this year. They will also be helping K-1 to secure European talent.

With the new ownership of K-1 being new to running events, they’ve gotten some help in the form of a stable promotion in SuperKombat that has been built up by its owner, Eduard Irimia. Irimia has experience promoting events around Europe, with tons of experience in the production department, along with many connections throughout the kickboxing world. Full press release below:

Los Angeles, CA – K-1, the world’s premier kickboxing organization, today announced an agreement with the European leader in combat sports production, Superkombat WGP, and that both companies will work together in the development of K-1’s live event production.

“I am pleased to have an industry leader like SuperKombat WGP supporting K-1,” said Doug Kaplan, CEO, K-1.  “SuperKombat WGP and the company president Eduard Irimia believe in the strength of K-1. We are fortunate to have them on board as we expand globally and build the next generation of warriors in the sport.”

Superkombat WGP is the industry leader in fight production throughout Europe. The company currently produces live combat sports events in 75 countries across four continents. Irimia and his team will work closely with K-1 in the format and production of its 2012 series of live arena events in America, Greece and Japan.  SuperKombat WGP will also assist K-1 in securing the biggest and best new kickboxing talent coming out of Europe.

“I am honored that Superkombat WGP will be working closely with K-1 to present the absolute best technology in live television production today,” said Irimia. “I am excited that K-1 has finally returned. SuperKombat WGP will help K-1 in every possible way to once again become a giant in combat sports.”

K-1’s next event is the U.S. Grand Prix Championships live from the LA Sports Arena in Los Angeles, California on Saturday, Sept. 8. The all-star line-up of heavyweight fights include: Mighty Mo vs. Rick Roufus, Seth Petruzelli vs. Xavier Vigney, Dewey Cooper vs. Randy Blake, and Jarrell Miller vs. Jack May. Also, the K-1 MAX (Middleweight) fights include: Chaz Mulkey vs. Kit Cope, Michael Mananquil vs. Scotty Leffler, Bryce Krause vs. Justin Greskiewicz and Ben Yelle vs. Joey Pagliuso. Superfights include: Lerdsilla Chumpairtour vs. Gabriel Varga, Andy Howson vs. Romie Adanza, Justin Buchholz vs. Zhipeng Zhou and Markhaile Wedderburn vs. Jeremiah Metcalf. Tickets for the K-1 Rising U.S. World Grand Prix Championships on Saturday, September 8 are available for purchase through www.ticketmaster.com, or by calling Ticketmaster at 1-866-448-7849.

Tickets are also available at the LA Sports Arena Box Office located at 3939 S. Figueroa Street in Los Angeles or by calling (213) 748-6131.About K-1K-1 is the largest kickboxing promotion in history. Since 1993, K-1 has presented professional live martial arts events in 38 countries featuring the best and most accomplished athletes in the sport.World Grand Prix Champions of K-1 include Alistair Overeem, Mark Hunt, Ernesto Hoost, Peter Aerts, Remy Bonjasky and Semmy Schilt.K-1 has held broadcast deals with ESPN and HDNet in the United States, Fuji TV in Japan, and numerous other networks across the globe. K-1 returned to the world stage on May 26, 2012 in Madrid, Spain drawing a packed stadium and hundreds of thousands of views on the K-1 Live Stream.