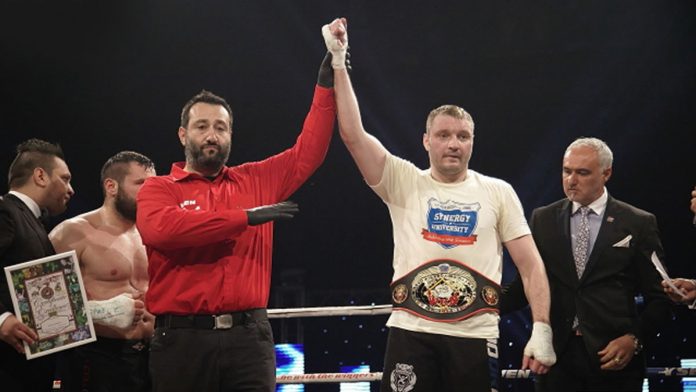 With this current weekend coming to an end shortly, we can see that it was a big weekend in Russia, with three notable events.

First on Friday, February 22 was a show put on by Octopus Fight Clib in Moscow. It featured a battle of two of the biggest prospects in kickboxing between Chingiz Allazov and Alim Nabiev. Allazov is the slightly older fighter at just 19 years old compared to Nabiev’s age of 18, but it showed in the ring. Despite being the smaller and shorter fighter, he controlled the range and got in and out with his offense. Nabiev got dropped in the second round with a left high kick and didn’t have much for Allazov until the dying seconds of the third round.

Also on the card was Alexey Ignashov, who fought Martynas Knyzlis. In typical Ignashov fashion, it was a stale fight that saw him win a decision over an overmatched opponent.

Yesterday on Saturday featured two events, one in Moscow and one in Kazan. In Moscow, Fight Nights returned with another big show full of over the top theatrics. The only notable kickboxing fight on the card was between rising star in Russia, Vladimir Mineev and Revanho Blokland of the Netherlands. Mineev didn’t have a hard time and he finished Blokland in the second round with a left hook. It was an alright performance after being pushed to the limit by Ali Cenik in December, but Mineev is going to have to step it up when he faces that level of competition again.

Another fighter who qualified to the quarter finals once again was Hicham El Gaoui at 80kg as he defeated Brazil’s Anderson Arcanjo by decision. Also at 80kg, Sergei Papusha defeated Peter Romankevich by decision.