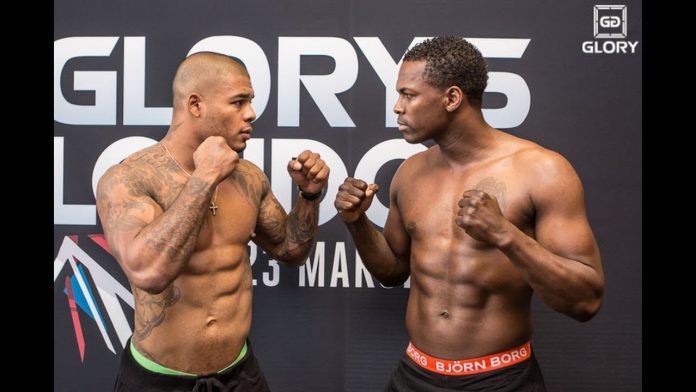 Well, a fight that we’ve been hearing about for a while, but never quite sure when it was going down has finally surfaced. The fight that we are speaking of is Remy Bonjasky vs. Tyrone Spong. We’ve heard about it for months now, and that it wasn’t a part of the Glory World Series Grand Slam tournament. That meant that both guys might not be in the tournament, which was a bummer, but it turns out that it was not scheduled for the GLORY 4 TOKYO event, afterall.

Nope. According to a Tweet from Tyrone Spong this morning, Tyrone Spong will be fighting Remy Bonjasky on February 16th, we assume for Glory, with no location yet. This is one of the all-time greats in Heavyweight Kickboxing against one of the hot, younger stars in the sport, making for a very interesting fight.

UPDATE: Well, Glory just made the big announcement that GLORY 5 London will be going down on February 16th with Spong vs. Remy as the main event. It will take place at the Excel Arena and the other names on the card so far are Liam Harrison and Jordan Watson. Who will they be fighting? Well, this is kind of awesome. Watson will fight “Stone Cold” Steve Moxon and Harrison will fight Mosab Amrani.