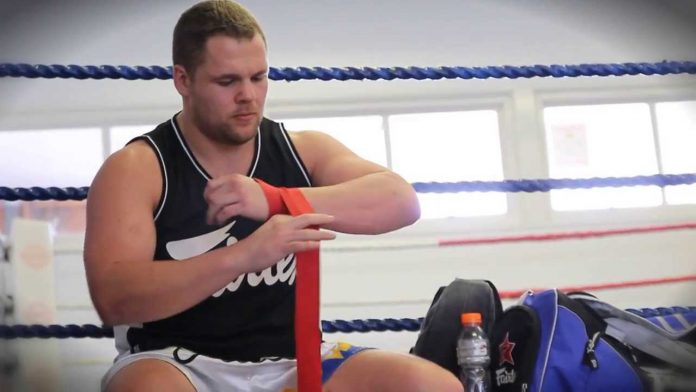 This weekend might have been a bit slow when it comes to Kickboxing news, but in Australia there was a battle between two big name Heavyweights by the way of Catalin Morosanu from Romania squaring off against Australia’s own Ben Edwards. The two were competing for the Kings of Kombat Heavyweight Championship, but I think most importantly, for standing in the Heavyweight division across the world. Morosanu has been trying to make his way into the elite for a while now, somewhere that Edwards has had experience.

It turned into a slugfest early on, according to reports that we’ve received, with Morosanu fighting the way that we all know he fights; heavy hands, looking for the knockout blow. Edwards, on the other hand, who hasn’t always been known as a technician, fought a smarter fight by going after Morosanu’s legs throughout the bout. Morosanu was focused on knocking Ben’s head off, which meant that he was not of the mind to check the leg kicks, which was his undoing when it came time for the judges to deliberate.

Edwards won the Majority decision over Morosanu, but it sounds like it was a very entertaining and exciting fight.