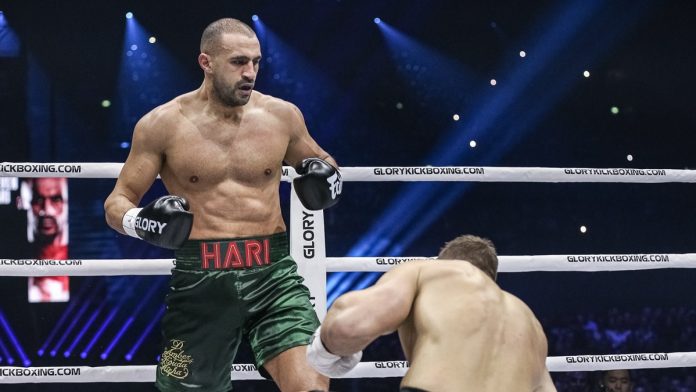 Badr Hari is a fighter who is known for being one of the most explosive and entertaining fighters in the world to watch, mostly thanks to his reckless style of technique and fighting with raw emotion. A composed and focused Badr Hari can be a very dangerous fighter to be standing across the ring from, but as we’ve seen in the past before, Badr is not immortal and there are holes in his game. The holes in his game were on full display in March when he met Zabit Samedov in the K-1 World Grand Prix Final 8. In fact, due to some questionable refereeing, I even had some doubts about that fight, with Badr Hari clearly going down at least once without him being counted down.

What I am saying is that Zabit Samedov knew to weather the storm of Badr Hari’s barrage and to look for the perfect opening while he is overcommitting to his punches and to land a flush shot on the jaw. That is exactly what happened today in Russia as Samedov and Hari squared off in the LEGEND ring; Badr Hari came out like a man possessed while Zabit Samedov was calm and waited for the right opportunities, knocking him down once in the first round (although you could argue twice, one was ruled a slip as both men went down) and then in the second round waiting patiently again and landing a huge right uppercut followed by a left hand that sent Badr onto his knees, refusing to get up.

To many fans Badr Hari is an immortal who cannot be stopped, so the talk of this fight being fixed or a work is buzzing throughout the fight community right now. While that talk is hard to dismiss without hard facts, it is also hard to support without hard facts, either. Some of the hard facts involved in this are that Zabit Samedov knew how to connect with Hari in their last meeting and could have simply adjusted his game plan accordingly to make short work of the Bad Boy.