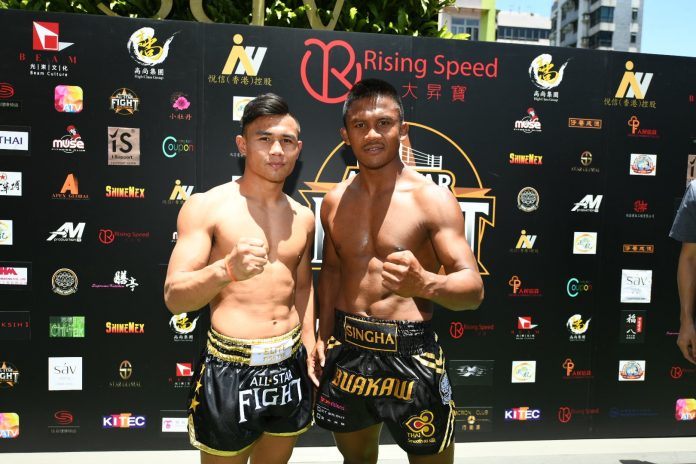 Thai Fight’s last event of 2012 took place today in Bangkok, Thailand and featured the finals of the 67kg and 70kg tournament, along with a four man, one night heavyweight tournament and two super fights.

In the main event, the 70kg final took place between Thai Fight’s main star Buakaw Por. Pramuk and Vitaly Gurkov. Gurkov was the one fighter I thought that might be able to trouble Buakaw a bit with his clinching, but Buakaw repeatedly tossed and dumped him. Gurkov had a bit more success in getting the clinch as the fight went on, but the fight was still largely dominated by Buakaw, who won a decision and won Thai Fight’s 70kg tournament for the second year in a row.

In the 67kg final, a rematch between Singmanee Kaewsamrit and Andrei Kulebin took place. The two first fought in June of this year where Singmanee took a disputed decision in what definitely was not a good fight. This time around it was a pretty fun fight, and Singmanee was able to edge it out with clean round kicks to the body, taking a decision win. Singmanee adapted to the three round format that emphasizes offense over the course of the tournament.

The two super fights were typical Thai Fight mismatches, with Ikuysang Kor. Rungthanakiat blowing out Angelo Veniero in the first round with a KO via elbow and Sudsakorn Sor. Klinmee bullying Gustavo Mendes around the ring for the course of the fight to get a decision win.

All videos can be found on the channel of the this video, which is the first part of Buakaw vs. Gurkov (Click here).