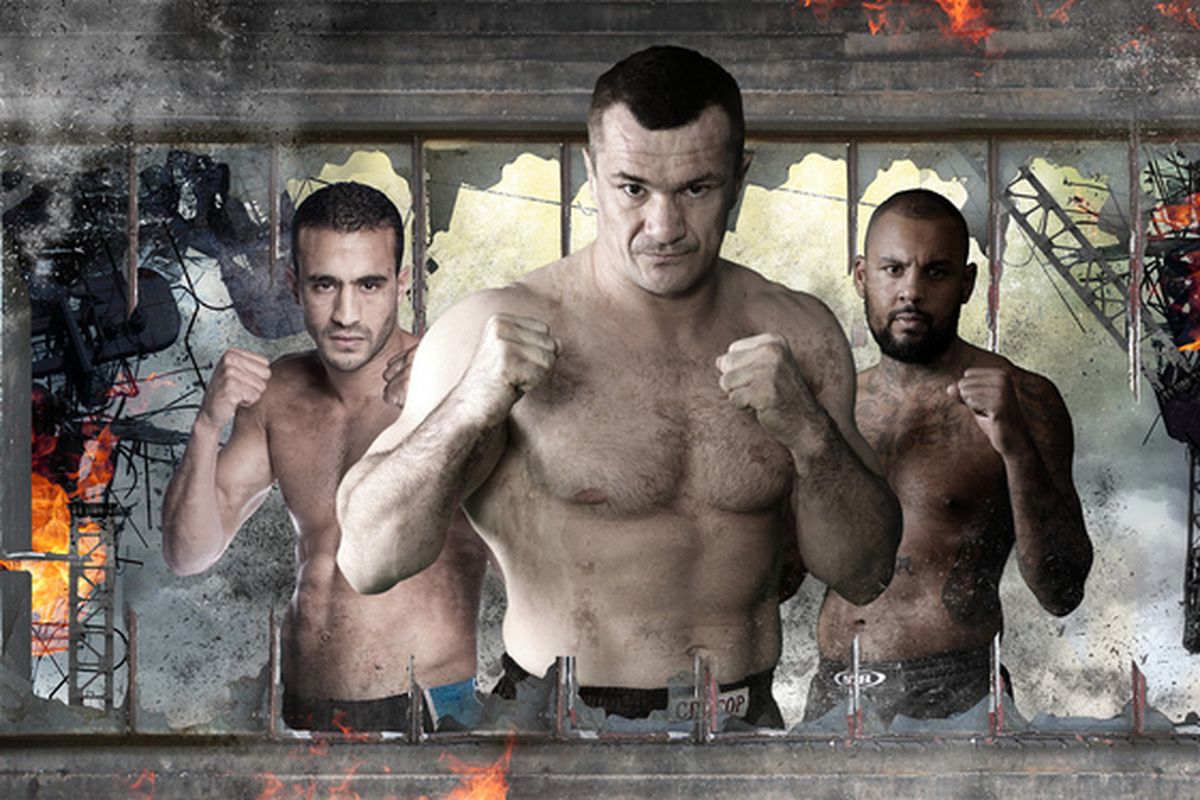 It is finally upon us — the time for the K-1 World Grand Prix to go down. You can purchase your live stream at K-1’s site for $20 and it starts at 3PM Eastern Time (in under an hour). All of the fighters have made weight and are ready to go. The Finals look like this;

Reserve: Sergeii Laschenko vs. Dzevad Poturak – The first round was a close one, with both fighters being quite even, but Poturak landing the cleaner shots. The second round is more of the same with Laschenko starting to gas out and Poturak getting off some more clean shots, not doing much damage, but winning. Round 3 saw Poturak control the fight even more, he ran away with this one.

Mirko Cro Cop vs. Jarrell Miller – Tough first round for both guys. Cro Cop went for some of his patented kicks, but they were all blocked. Miller worked some leg kicks and landed some decent punches from the clinch. Second round was all Miller with clinch knees and uppercuts. Cro Cop is gassing out, but, this is Croatia. Third round is more of the same, Miller landing the cleaner shots and being the clear aggressor. Annnnd Croatian judges give the fight to Cro Cop.

Badr Hari vs. Zabit Samedov – Badr looks calm and collected, drops Samedov early. He lands a low blow and Samedov looks dead. Literally something happened at the end of the round and no one knows what, but Samedov had Hari rocked, there was no count and Hari kind of dropped Samedov but it didn’t count? I don’t know. Samedov landed some big bombs, Badr got a counter. Badr got a bit of a rest for a bloody nose, I don’t even know. Hari with an assault on Samedov in R3 but jumps on him instead, then he hits him a few more times and the ref calls the count. Badr then runs away the rest of the round while Samedov taunts him to hit him. Just a weird, surreal fight.

Ismael Londt vs. Hesdy Gerges – Londt went full force with Hesdy defending as well as he always does. One would guess his tactic was to let Londt gas. Londt slows down a bit in Round 2, Hesdy starts opening up a bit more, but Londt still controlling the ring. Londt continues to swarm Hesdy and lands a flying knee that breaks Hesdy’s nose and Hesdy calls the fight.

Emil Zoraj def. Giannis Sofokleus – Well, this was an interesting fight. Giannis took the fight on something like 12 hours notice and still really took it to Emil, but Emil was able to edge him out in the end.

Semi-Finals: Pavel Zhuravlev vs. Mirko Cro Cop – Missed most of this as the stream went down. The PPV went down as well, that is, the PPV never worked and everyone was accessing it for free so K-1 shut it down. Even those who paid can’t figure out how to get it to work. Cro Cop won.

An announcement is made that Badr Hari has broken his foot and will be replaced by Dzevad Poturak. Poturak is not in the arena, though, so they need to push one of the Superfights up to give them time to tell him.

Semi-Finals: Dzevad Poturak vs. Ismael Londt – Londt looked great but Poturak held his own. Poturak fought well but a kick to the midsection broke his rib and he calls it quits in the second round.

Agron Preteni def. Andrei Stoica  – This fight was all Stoica, at least it should have been, until Preteni dropped him and really turned the tide of the fight. From that point on it was Preteni’s fight.

Mladen Brestovic def. Frank Munoz  – Tough fight for Munoz who really just seems to not be able to find the right weight class. Brestovic was simply the better man tonight.

K-1 World Grand Prix Finals: Mirko Cro Cop vs. Ismael Londt – Londt was controlling things early on, but a left high kick knockdown in R2 by Cro Cop sealed the victory for him.