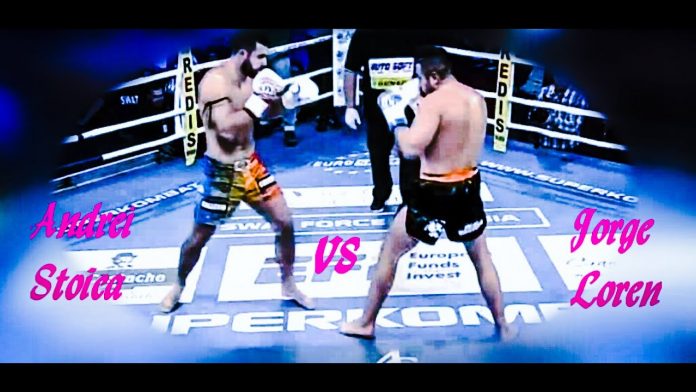 K-1 Global presents SuperKombat WGP Final 2012 takes place on December 22 in Bucharest, Romania and today the full fight card was released. The event features a four man, one night tournament with all the winners having qualified from previous fights. Also, there are four super fights.

As previously announced, the four man tournament features Ismael Londt, Sebastian Ciobanu, Benjamin Adegbuyi and Pavel Zhuravlev. Londt fights Ciobanu in one semi final and in the other, Adegbuyi fights Zhuravlev with the winners meeting in the final.

Among the super fights announced include the lone non-heavyweight fight on the event, where Andrei Stoica fights Arnold Oborotov for the new SuperKombat -95kg world title. Other super fights include Ibrahim Aarab vs. Daniel Sam, Carter Williams vs. Hesdy Gerges and Mighty Mo vs. Raul Catinas, which is a rematch from the 2010 K-1 WGP Final 16. In the tournament reserve fight, Freddy Kemayo faces Sergi Lascenko.

Among other things, the event will be available to watch via Ustream PPV for $5 USD, along with being on Eurosport at 21:00 CET. Here are some quotes from Eduard Irimia and K-1 owner Mr. Kim about the event:

Kim: “As we announced 3 months ago K-1 has a good co-operation with Superkombat and also they proved to promote very good k-1 rules events and discovering new heroes worldwide , that way I will be also present at this event in Bucharest, Romania, where I found out that K-1 is as famous as football and we will focus to countries where our product has impact as before in Japan and other countries.”

Irimia: “This collaboration between our brands is very important for the fighters and keep them active and also the awarness and impact is stronger as we work together  for the same purpose trying to make this sport atracting general public  as we did already in some countries.”