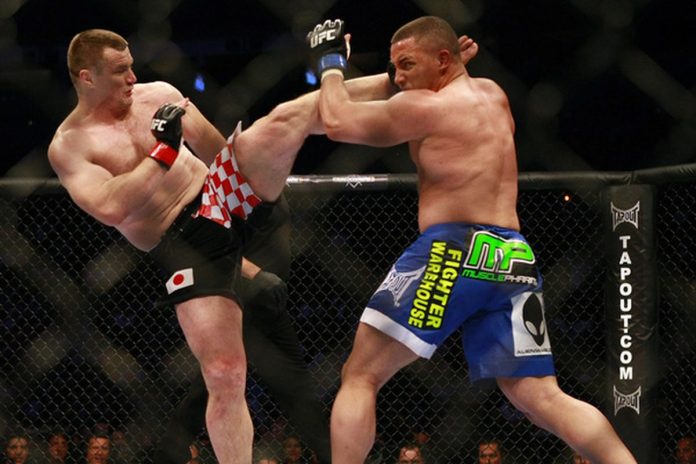 K-1 returns on September 8th with the K-1 U.S. Grand Prix in Los Angeles, with an American line up of both old stars and new, K-1 looks to make its biggest impact yet on the United States with its own unique brand of fighting. LiverKick has the pleasure of bringing you, the reader, insight into the mind of one of the newer fighters to the K-1 ring, Jarrell Miller. Over the next four weeks we will be talking with Jarrell and bringing you his thoughts and preparations leading up to his fight against another newcomer to K-1, Jack May.

“Daniel Ghita,” Jarrell told me, without a hint of hesitation in his voice. “If I were looking forward to fighting one guy in this K-1 tournament, it would be Daniel Ghita. I want to whoop Daniel Ghita’s ass, that’s for sure.”

This is how I want to introduce fans to Jarrell Miller. To many, this would seem like an empty boast, part of pre-fight preparations and the process of psyching up to take on the world. Jarrell Miller, though, is a bit of a different case. Jarrell is only 23 years old, and already packs a 19-0 record in Kickboxing and Muay Thai as well as a professional Boxing record of 3-0. There is something to be said for remaining undefeated early on in a professional career, but it isn’t like Jarrell has been without challenge. Jarrell is a man with many nicknames, and if you were lucky enough to catch the WCL – World Combat League – when it was running, you’ll remember him as the 19 year old kid named Achilles King who defeated UFC superstar Pat Barry. That was Jarrell.

A win like that already puts Miller in the realm of American Kickboxing royalty, but what he’s done since then has been just as impressive. Currently fighting out of Renzo Gracie’s academy in New York, as well as his own gym on Long Island, Miller has brought one of the finest striking coaches in the United States to help him prepare for his upcoming K-1 debut in Kru Phil Nurse. The past few years has even seen Miller work with some of the biggest names in combat sports as a training partner for them, including Jerome Le Banner.

“Yeah, I was sparring with Jerome for a bit,” he laughed. “I don’t think everyone else got why it was such a big deal, this was Jerome le Banner! I was really impressed with his footwork and definitely learned some stuff from him.”

It doesn’t stop there, though, as Miller has been known to have a very good relationship with the two biggest names in the realm of Heavyweight Boxing in Wladimir and Vitali Klitschko. Miller has worked with them preparing for fights now, serving as one of their favorite training partners. Of course, Vitali has also fought as a Kickboxer in the past, and for a fighter like Miller who began with Muay Thai before transitioning into Boxing, there is a lot to learn from a fighter like that.

“You know, working with Vitali and Wladimir is a great experience,” Jarrell reflects. “Vitali, he came from Kickboxing though, not like Muay Thai like I did, so it really is an entirely different experience. He may have had some success Kickboxing, but I’ve seen his fights and wasn’t all that impressed,” he laughs. “I know when we train I’m kicking their asses around the ring all day long.”

On September 8th he makes his K-1 debut against Jack May, who stands 6’8” and weighs around 260lbs, making him one of the bigger opponents that Miller has faced yet. On top of that, there is the entire American field of Kickboxers that K-1 has assembled for this show.

“His size doesn’t bother me,” Jarrell states confidently. “I’ve fought big guys before, you know, 6’5”, 6’6” and whatever, I’ve taken care of all of them without a problem. I’ve seen Jack May fight and man, I’m not impressed with him or his skills. Like I said, I train with the Klitschko brothers and I kick their asses all around the ring. I’m not sure that Jack May knows how to use his size to his advantage. There aren’t a lot of changes I’m going to make to my training, I’m just going to bring my experience and my skills to this fight.”

K-1 is going to be another challenge for Miller, who has recently turned to professional Boxing with his impressive 3-0 record and was set to make his MMA debut a few months back, until the show was cancelled. He doesn’t think that he’ll make his MMA debut any time soon, though, as he is focused on Boxing and K-1. He actually had two Boxing fights scheduled before K-1 called him up, until one of them fell through and he had a long talk with his manager before deciding that he wanted to compete in K-1, a dream come true.

“I’m focused on K-1 in September,” he states. “I want to take some Boxing matches, but K-1 comes first, there might be one after the K-1 fight just to stay sharp for the next round, though. This is going to be a good fight, I mean there is no quit in me. I’m gonna go in there and just go for the kill like I always do. I’m going to treat this like a Thai fight, and you know, I’m not doing this for the money or the fame or anything like that. I’m doing this because I love to fight and this is what I do. I’m a fighter. Most of these Americans fighting for K-1 are old, guys like Rick Roufus, Mighty Mo, but not me. I’m young, I’m fresh, athletic and I have enthusiasm to go out there and make a name for myself.”

Jarrell Miller is without a doubt on his way to making an impact in his K-1 debut. Miller has been a lifelong fan of K-1, citing inspiration from fighters like Ernesto Hoost, Jerome Le Banner, Masato and more and has of course set his sights incredibly high on taking out a guy like Daniel Ghita. On September 8th he has to make his way through Jack May first, with this being his biggest fight since his fight with Pat Barry on a big stage like this. Don’t count him out due to lack of experience, as the WCL taught him a lot of important lessons about fighting in front of bigger crowds, travelling around and fighting for a television audience. Come September 8th, Miller will be ready.

Join us next week for our next installment of Jarrell Miller’s K-1 training blog, where we’ll catch up with Miller yet again and discuss his training with Phil Nurse, who will be back in the gym with him after the UFC event this weekend.