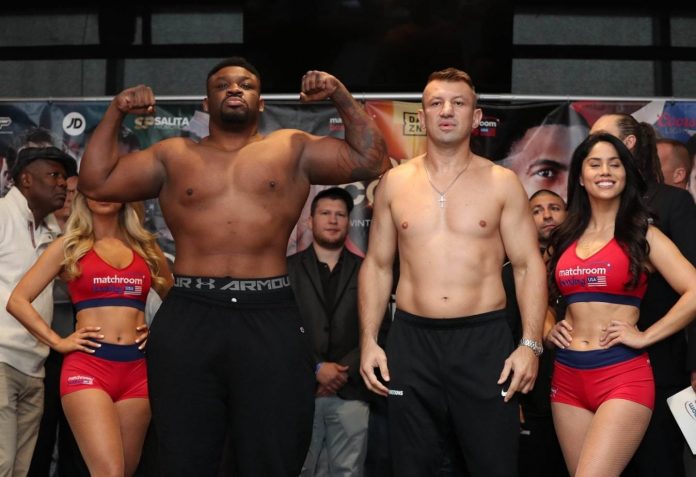 K-1 returns on September 8th with the K-1 U.S. Grand Prix in Los Angeles, with an American line up of both old stars and new, K-1 looks to make its biggest impact yet on the United States with its own unique brand of fighting. LiverKick has the pleasure of bringing you, the reader, insight into the mind of one of the newer fighters to the K-1 ring, Jarrell Miller. Over the next four weeks we will be talking with Jarrell and bringing you his thoughts and preparations leading up to his fight against another newcomer to K-1, Jack May. This is week two.

“You know, man, this is my Olympics, you know?” Jarrell Miller, one of the few younger fighters selected for K-1’s American return explained to me. “I came into Boxing and I was already a professional fighter, so I didn’t get to go through the amateur system like some guys do. I didn’t get to go to the Olympics, man. So for me, fighting in K-1, that is like the Olympics for me.”

To say that Jarrell Miller will be prepared for his upcoming bout in Los Angeles is an understatement, I think. Miller, whose Muay Thai and Kickboxing career spans 19 fights now has transitioned to Boxing where he has seen a deal of success in a short period of time. By the time he steps into the ring with Jack May in September, Jarrell Miller will be just about a year removed from his last Kickboxing fight, but he isn’t worried about being rusty.

“Man, I’m always kicking people, you know?” He jokes. He was scheduled to fight in May for Take On’s big show at the MSG Theater before he suffered an injury, but fought in a Boxing match the next month. “It was a minor setback,” he explains. “But I came back in July and fought in New York, knocking this guy out in the first round. I’ve been training Muay Thai again since that fight on and off, but I’m always ready.”

As for his training this week, he’s been pushing hard waiting for one of his Muay Thai coaches, Phil Nurse, to return from Denver where he was there to corner UFC 150 main eventer Frankie Edgar. They resume their training tomorrow and plan to ramp up with some intense sparring and drills. That doesn’t mean that he’s been slacking in the meantime, on the contrary.

“I’m doing six minute miles,” Jarrell explains. “We’ve definitely picked things up, like I said, six minute miles. No matter what else we work on, conditioning is number one. It is the most important thing, I gotta know where my wind is at. I’m doing a lot to prepare, working on a lot of things, but my conditioning is always on my mind, looking to get to that 100 percent marker and I still have a few weeks to do that.”

We shifted focus a bit to discuss the K-1 World Grand Prix, which he’ll have a chance to qualify for against Jack May come September 8th in Los Angeles. The Finals are scheduled to take place in New York, Jarrell’s home, but he isn’t looking that far ahead yet to competing in the finals, for right now he is focused on getting to fight in Japan come October in the Final 16.

“You know how I said that I’d knock Daniel Ghita out?” Jarrell asks me. “I’m gonna knock Jack May the fuck out,” he laughs. “Jack May is gonna be knocked the fuck out. Dude is just on the toilet and he’s just waiting to get flushed down it. That is what is gonna happen to him on September 8th.”

“I know that my main goal is still to be Boxing Heavyweight Champion of the world,” he adds when looking to his future. “I’ll fight anywhere, if UFC called me up tomorrow and wanted me to fight, I’d fight for them. Right now it is K-1, and I’m focused on that for the time being, but my main goal as a fighter is still to become Heavyweight Champion of the World. I’m not in this for the money, I mean, look, I am. I have a family to support and money is important, but this is about my legacy. I’m going out there to build up my legacy, and right now I’m going to do that in K-1. Either way you look at it, I’m training hard and I’m pushing. I’m training every day and I’m training harder and harder.”