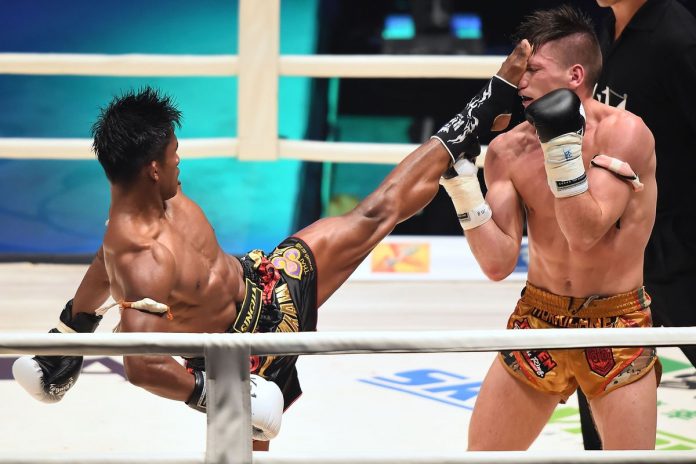 K-1 continues to chug along with plans for post-Japan Asian domination. On July 21st K-1 will present the K-1 World MAX Finals event, featuring Buakaw Banchamek vs. Enriko Kehl in the Finals. Some fans are expecting a repeat from December’s fight between Banchamek and Kehl, but that was under Muay Thai rules, making this fight all the more interesting. Kehl is a solid up-and-comer and has a lot of upsides to him. Banchamek was the biggest signing for K-1, but Kehl has to be the best prospect that they currently have and he does possess the tools to possibly defeat Buakaw.

K-1 has added more fights to the card of late, including Lee Sung-Hyun squaring off against Andrei Kulebin. Kulebin has been a solid name throughout the world for the past few years and should make for a fine addition for K-1 on this event.

The other big news is that former K-1 MAX and K-1 HERO*s star Andre “Dida” Amade has signed a new deal with K-1. Dida is perhaps best known for his appearance on The Ultimate Fighter Brazil recently where he was involved in a pull-apart brawl between Wanderlei Silva and Chael Sonnen, with Dida throwing a few punches after Sonnen took Silva down in the middle of shooting. Dida landed in hot water with the UFC for that and was told that he was potentially banned from cornering fighters in the UFC, but things worked out for him in the end. He announced his return to the ring shortly afterwards and has now announced his intentions to fight for K-1.