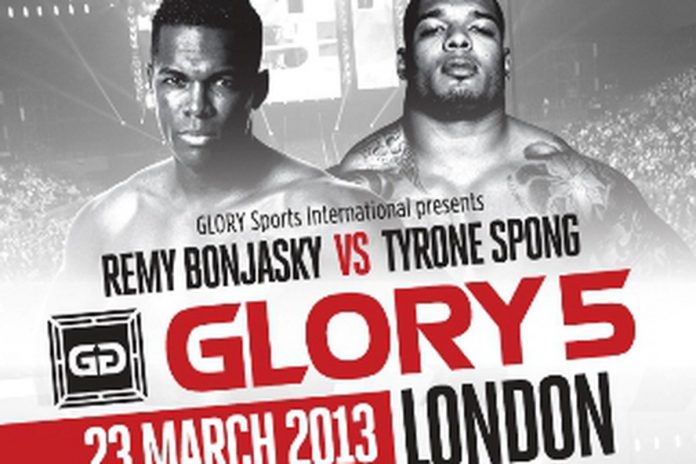 GLORY holds their first event of 2013 on this Saturday in London, England from the ExCel Arena. Named GLORY 5 London, the card and event have been a long time coming from when it was originally announced in December.

Thankfully the main, top of the billing fights have stayed together and are all set to go. It should be noted that there have been quite a few changes to the original fight card. Eddie Walker fights Steve Wakeling at 85kg, after and originally announced match-up of Simon Marcus vs. Steve Wakeling fell through. At heavyweight, Singh Jaideep faces Daniel Sam. Jaideep was originally scheduled to fight Yong Soo Park. Maxim Vorovski, who was originally set to face Duoli Chen, now faces Nicola Gallo at 77kg, with this match-up just being confirmed this week. Raymond Daniels was originally going to be on the fight card but is no longer on it, so a 95kg fight between Road to GLORY USA winner Dustin Jacoby and Michael Duut takes the spot that Daniels would’ve occupied on the card.

The rest of the card’s match-ups have also stayed together and feature a 95kg fight between the It’s Showtime 95kg champion Danyo Ilunga and Stephane Susperregui, a 70kg fight between Warren Stevelmans and Johann Fauveau, and a catchweight bout of 67kg between Reece McAllister and Tim Thomas.