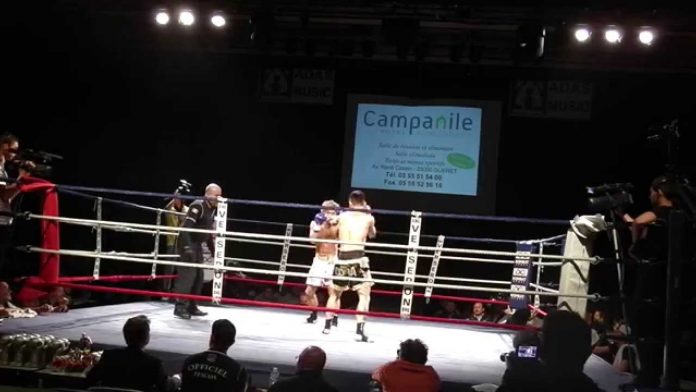 We already gave you ten fights to keep an eye on this month, but with October being so stacked, I knew a lot of fights had been left off. Here’s ten more fights that should definitely be checked out this month.

This is a rematch from August, which Penthai won by decision. Penthai is the Lumpinee Flyweight(112lbs) Champion and is making his return to fighting at Lumpinee after having some fights in South Thailand, like the one against Jomhod in August. It will be great to see Penthai back at Lumpinee and also against a bit bigger opponent in Jomhod.

This is a fight between two of Australia’s best 70kg kickboxers. Both have fought and lost to Steve Moxon, although they both had close fights with him. Capper has faced a lot better competition than Tass, as he fights in pretty much any ruleset whereas Tass sticks to kickboxing. Both guys are hard hitters and the winner is probably the number two behind Steve Moxon in kickboxing in Australia.

This is another rematch of a fight from August, with Yoann Kongolo having won a very close fight. This time it’s in Kongolo’s home territory and also five rounds for a WKN title. With how close the first fight was, this one has even more on the line and is very relevent in the light heavyweight division.

Hirotaka Urabe has been crushing everyone lately, especially with high kicks. Bastard is the third opponent that Urabe’s had for this fight. Bastard isn’t by any means one of the top French fighters at this weight (60kg) but it should be interesting to see how he fares against one of LiverKick’s top 10 lightweights. It’s always intriguing when a Japanese fighter who has been fighting mostly Japanese competition fights a foreigner, just to get a better overall feeling of the landscape of the division.

This is a huge fight, as their first fight back in July determined who won the Fighter of the Year Award in Thailand, with Penek winning a decision after dropping Sam-A with elbows in the fourth round. Sam-A was fighting well for the first three rounds before the perfectly applied pressure of Penek got to him. Sam-A is a brilliant technician and shouldn’t be counted out here at all. We’ll see what changes he makes in order to neutralize Penek’s applied pressure.

After a shaky performance in which he should’ve lost to Warren Stevelmans back in May, Batu Khasikov is back. His opponent has fought three times before in Russia, going 2-1. Khasikov shouldn’t have much trouble with him. The interesting part about the fight is how Khasikov will look after his sub par showing against Warren Stevelmans. He did beat Albert Kraus and technically Mike Zambidis, so it’s too early to write him off.

Another rematch here, and it has much higher stakes than the first one. Their first fight took place last year as a super fight at the Tatneft Cup Final, with Hicham winning a razer thin decision. This time, they’re actually fighting in the final, as they won their way to it this year. This fight features two of LiverKick’s top 10 light heavyweights. Stetsurenko actually hasn’t lost since the fight to Hicham last year and has been decisively beating everyone in front of him.

This fight was a bit of a surprise when I first saw it, as Salvador is very young and still working his way up the ladder, having not fought anyone near Saiyok’s level. Salvador is from Team Nasser K though and if you’re from that team, you’re probably going to get big opportunities like many of his teammates have. Although Saiyok will most certainly win, this will be a good fight to gauge the level that Salvador is at after having won two fights in a row at Thai Fight. And who doesn’t like seeing Saiyok fight anyway?

Hopefully Aussie fighting a bit over a month after his last fight means he’s going to be more active. This is an up and comer vs. established veteran fight, with Aussie having been around the block and de Snoo looking for his first big win. If there’s one fighter here who’s bigger, it’s probably de Snoo, who normally fights at this weight (79kg is where the fight takes place at) while Aussie fights anywhere from 70kg to this weight. With Aussie beating Nieky Holzken last month, de Snoo will have a tall task ahead of him in order to get a win here.

Another fight between two of LiverKick’s top 10 here, this time from our middleweight rankings. Bessmertny surprised everyone last year when he won the Fight Code tournament, by beating Sudsakorn Sor Klinmee in the final. It’s been a bit hard to tell how good he’d do against the rest of the field but this fight with Roqueni will tell us a lot. Roqueni gave Andy Souwer fits twice, winning one of them and put up a better fight against Giorgio Petrosyan than even Artur Kyshenko did so he’s a proven fighter. Bessmertny can be a slow slarter at times and lack urgency so we’ll see if Roqueni can take advantage of that.