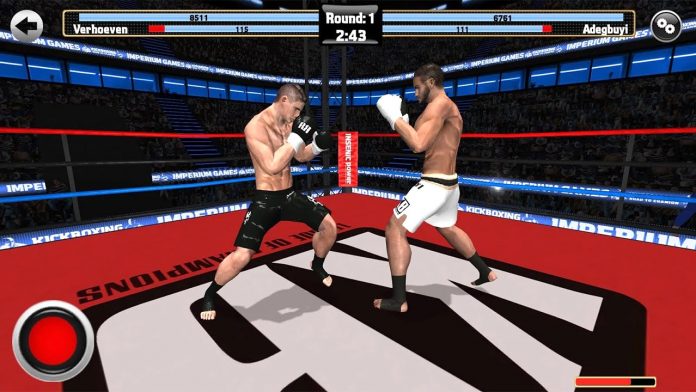 March is the biggest month of the year for kickfighting so far with a ton of big fights and events taking place, so what better title for it than March Madness? I’ll highlight all the action this month that everyone should know about and keep an eye on.

Giorgio Petrosyan is the best fighter in all of kickboxing, so of course it’s notable when he fights. This is more of a stay busy fight for him but any time that he fights it’s a treat.

This is a rematch from 2011 where Petitjean won a decision over Tate. Since then, Tate has established himself as one of the top kickboxers in the world at 85kg. Tate will go back to full contact for this fight.

These two are some of the better fighters around 85kg, and are very under the radar. Magomedov has some really good results and Chibani has been on a big roll lately.

Yassine Ahaggan is another very good 85kg fighter, who lost to the aforementioned Halim Chibani last year. Here he looks to rebound against the veteran “Boy Boy” Martin of Holland.

This is a marquee match-up at 70kg. Roqueni is a solid, proven fighter while Kyshenko has been a mainstay around the top for years now.

Two of the top 85kg fighters square off here. Cordoba hasn’t fought top competition in a very long time but on skills and fighting prowess alon he’s one of the better fighters in the division and should make for a competitive fight.

An unknown Russian up and comer gets to test himself against a name in the lighter weight divisions of kickboxing in Sergio Wielzen. Wielzen comes off a win over Sasa Jovanovic in December, so another win would help him further get back on track.

Karim Ghajji had his breakout performance last month when he beat stopped Aikpracha in the first round in the final of the La Nuit des Titans tournament. That was at 72.5kg, and this fight is at 78kg and will lead into Ghajji’s big 77kg fight against Nieky Holzken at GLORY 6.

This is a battle of two of kickboxing’s top lighter weight fighters, with Bennoui being #2 and Yamamoto #3 on the LiverKick lightweight rankings.

Here is a battle of two of Japan’s top 65kg fighters that has been a long time in the making. It’s for Yoshimoto’s RISE 65kg title.

This is a huge rematch from October when Lee rose up from being an unknown and shocked Genji Umeno in LiverKick’s 2012 Fight of the Year.

Both fighters come off losses here, but it’s an interesting match-up nonetheless. Yamazaki was shockingly knocked out by Gagny Baradji in December while Adamandopoulos lost to Karim Bennoui in November.

This fight should be all Koya Urabe. The interesting part though is that he’s dropping down to 60kg for it, a weight that might even suit him better.

Pajonsuk is making his return to the ring after quite a long time away, not having fought since the end of 2010. Michael Wakeling is the brother of Steve Wakeling and a very capable fighter in his own right. This should be an intriguing, competiive match-up.