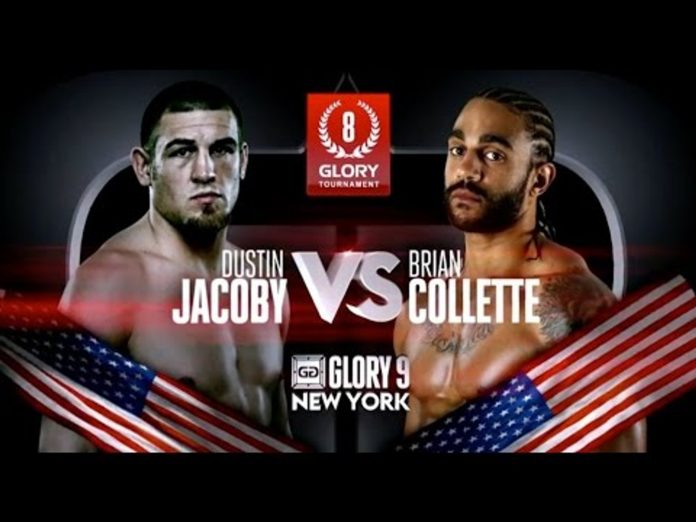 The first edition of Road to GLORY went down yesterday in Tulsa, Oklahoma, USA and featured a one night, eight man tournament at 95kg/209lbs. The winner walked away with $20 000 and a contract with GLORY.

I’ll just start off by saying that the winner of the tournament came as a complete surprise. Not because anyone counted him out, but just because no one even knew he was in the tournament. Dustin Jacoby, a former UFC fighter, replaced Manuel Quezada on just 24 hours notice, driving to Tulsa overnight and stopping three opponents in one night to win the tournament.

What’s even more surprising about Jacoby’s run in the tournament is that he beat the two favorites. In his quarter final match-up, he faced the hometown fighter and K-1 veteran Randy Blake. Jacoby stopped Blake, scoring a third round TKO. In the semi finals, Jacoby would face Roy Boughton, who defeated Daniel Brison in the quarter finals. Jacoby knocked out Boughton in the first round.

Then in the finals, Jacoby faced Brian Collette, who had also stopped both of his opponents, Jeremy Freitag and Kyle Martin respectively. Collette was certainly one of the favorites to win this tournament. Jacoby knocked out Collette in the first round, with one second left.

Full results below with what we’ve been able to put together. We also just got video footage thanks to MMAtopics.net, which can be seen below as well.

Finals:
Dustin Jacoby def. Brian Collette by KO in Round 1.