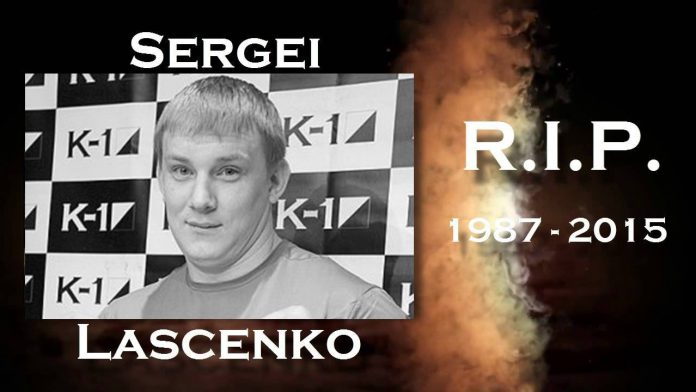 K-1, SuperKombat and It’s Showtime veteran Sergei Laschenko was pronounced dead on April 8th at the Odessa Jewish Hospital in the Ukraine after being shot multiple times, one of the shots hitting his carotid artery. Laschenko is survived by his wife and 18-month old child.

Sergei Laschenko was a very popular Heavyweight kickboxer who trained under some of the best in the world, including Thom Harinck and Mike Passenier. For a period of time Laschenko was without a doubt one of the top ten Heavyweights in the world, which at the time of having such legendary names as Schilt, Aerts, Le Banner, Hari, Ghita and others active it was truly an important accomplishment. In 2011 he won the SuperKombat World Grand Prix and in 2014 he won the KOK World Grand Prix.

There were ups and downs in his career, but Laschenko was truly one of the more memorable Heavyweight stars over the past ten years and his loss will be felt across the kickboxing community.