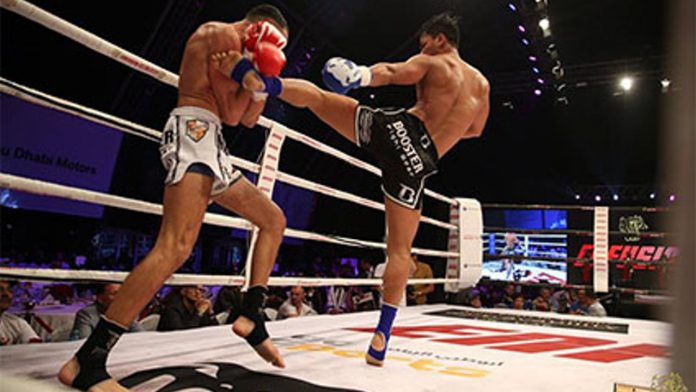 Just a week after GLORY 5 London there’s another good kickboxing show in the city of London, England, as Enfusion holds its first of four shows there this year.

The entire card is full of UK talent, with the main event pitting England’s Michael Wakeling, the brother of Steve Wakeling, against Pajonsuk Super Pro Samui. This will be Pajonsuk’s first fight in over two years, last having lost a close fight to Andy Souwer at It’s Showtime in December of 2010.

Right under the main event is Michael Wakeling’s teammate, James Snelling, who puts his undefeated record on the line against Pajonsuk’s teammate, Kaeng Super Pro Samui.

One of the top 85kg kickboxers, Andrew Tate returns to the ring for his second fight this month, having previously beaten Vincent Petitjean on March in France. He’ll take on the Dutch fighter Marino Schouten.

Also on the card are two women’s bouts. With the Enfusion women’s world title on the line at 54kg, Iman Barlow fights Alexis Rufus in a five round fight. The other women’s bout pits Amanda Kelly, coming off a big win over Julie Kitchen, against France’s Fatima Adib.