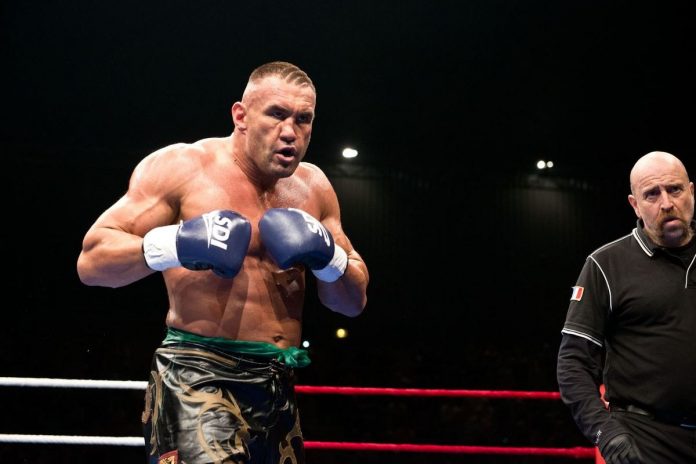 This weekend Jerome Le Banner continued his march of dominance over moderately decent competition as he fought against the promising up-and-comer that is Vitaly Akhramenko in France at Fight Night San Tropez. The fight was for the WKN Super Heavyweight Championship, which saw Le Banner stop Akhramenko in the second round in a fight that had a lot of fight fans interested. Akhramenko was a step up from some of the other competition that we’ve seen Le Banner against and this is a fantastic warm-up for his fight against Sergei Kharitonov at GLORY 10 Los Angeles.

The event also saw Emmanuel Payet defeating Arnold Oborotov by decision for the WKN Light Heavyweight World Title, Vladimir Mineev defeated Thiago Beowulf for the WKN Heavyweight World title and Nicolas Wambas stopping former K-1 great Stefan Leko in the fourth round in a Super Fight. Another highlight for the event was that Sylvester Stallone was in attendance at the event, most likely checking out what Jerome Le Banner does best in his home of France.