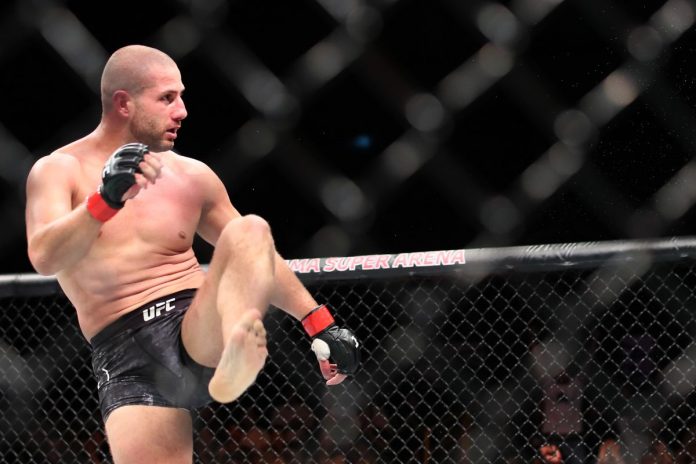 UPDATE 9/22: Saki tweets: “I haven’t left golden glory at all. I’m still fighting for GG guys!!!” Sources still claiming that Saki and two others have left/are leaving, take that for what it is.

UPDATE 21:04 Eastern Time: Bas Boon spoke with LiverKick.com, when prompted on Saki leaving, “Not that I am aware of…” Other sources still insist that Saki has left.

UPDATE 19:51 Eastern Time: Received independent confirmation from a source close to both Saki and Golden Glory that Saki is indeed out of Golden Glory. Glory has not finalized talks with K-1 yet and is apparently not working well with It’s Showtime, so look carefully and put two and two together for other possible departures.

When it rains it pours. Earlier today it was announced that Alistair Overeem was leaving his home management and team of Golden Glory. Overeem has been a part of the Golden Glory umbrella for about twelve years now, since the formation of the team. Overeem has been described by Bas Boon as like “family” to him and the team, and Golden Glory trainer Martijn de Jong has been known to be very good friends with Alistair.

There has been a rumor that some of us have been sitting on for a while as it wasn’t clear if it was ever going to come to fruition, but apparently it has. The latest rumor is that Gokhan Saki has also left team Golden Glory, but this has not been confirmed. LiverKick.com has reached out to Bas Boon for comment on this but have not heard back from him of yet. Generally speaking, we do not like to post rumors like this, but it has been a longstanding rumor, persisting for the better part of this year and with it coming out into the public’s eye, now is as good of a time as any to talk about it.

Gokhan Saki had apparently been unhappy with Team Golden Glory for quite a while now, going as far back as last year’s K-1 World Grand Prix. We had heard from multiple sources that Saki was aggressively looking for a way out of his contract with Golden Glory and looking to relocate and enter the world of MMA. While he could easily make a transition to MMA within the Golden Glory camp, he has been looking for new representation and for a new home to train, apparently sick of working with Golden Glory. This afternoon Percy Crawford of FightHype.com confirmed that he was indeed bringing Gokhan Saki stateside and helping him find a trainer. According to everyone’s favorite MMA personality Bloodstain Lane, a “BIG TIME” boxing trainer.

The rumor doesn’t stop with Gokhan Saki, though. There has been rumblings that Bas Boon’s sick leave over the summer caused some massive internal problems at Golden Glory. Problems with Strikeforce and other big business deals that fell through had caused some friction between fighters, trainers and management with talks of some big names within the camp possibly leaving to pursue other options.

We’ll give you more information when we have it.