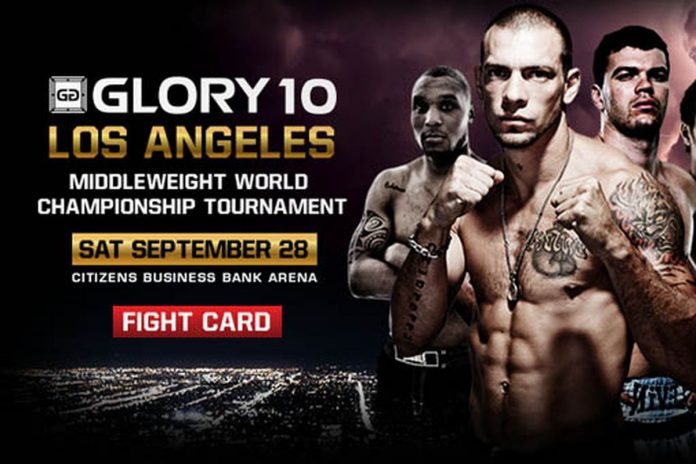 It feels like a great weight lifted off of my shoulders that GLORY have finally gone ahead and announced that GLORY 10 will be in Los Angeles, California (or at least in the area of Los Angeles). GLORY 10 will feature a one-night, four man Middleweight tournament with four of the best in the business going toe-to-toe. It is Joe Schilling, Artem Levin, Steven Wakeling and Jason Wilnis competing for being called the GLORY Middleweight Champion.

On top of that is the main event which is Jerome Le Banner vs. Sergei Kharitonov as well as a Super Fight between Robin Van Roosmalen and Shemsi Beqiri. There will be much more announced soon for the card.

It takes place September 28th at the Citizen’s Bank Arena in Ontario, California.