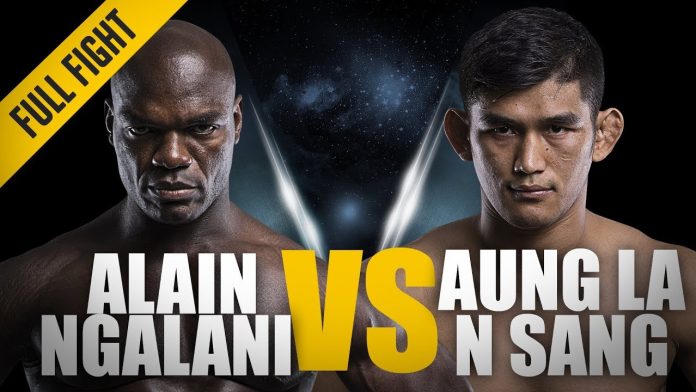 Continuing on from Part 1 of “Fights To Watch In November,” Part 2 includes ten more fights. Some of the fights included in this post are actually ones that are from the same event as fights highlighted in Part 1. Once again, the purpose of these posts is to highlight fights that go under the radar or ones that people might not know about, and to introduce other fighters to fans.

LiverKick’s #8 ranked lightweight, Ruben Almeida, is pretty much there because of a win over Javier Hernandez in April that came in controversial fashion. Almeida will look to prove that he actually belongs on the rankings as he goes into enemy territory to fight Pedro Felipe. A loss for Almeida definitely drops him off the rankings and diminishes his stock. For Felipe, this fight will also be somewhat of a measuring stick and if he wins, you could throw his name in the mix. Almeida is still pretty young at 22 while Felipe is 31.

Raz Sarkisjan made a name for himself this year when he went to Japan and beat Masaaki Noiri. He was a relative unknown before that fight and has since notched another win just a few weeks ago in Holland. The great thing about this fight is we get to see more of Sarkisjan. Vinicius has a style that should make for a very entertaining fight if he doesn’t get stopped, and looks like the bigger fighter. He won three fights in a tournament to qualify for this fight last month. It’s hard to gauge how he’ll do against Raz, but this is his big opportunity to make a name for himself, so we’ll just have to wait and see.

This is the finals of Krush’s Youth GP, with Higashimoto being a surprising opponent for Urabe. Higashimoto’s two fights that he won on September 9 to qualify for this fight were the first two professional fights of his career, including a first round stoppage of HIROYA. Urabe is of course the favorite. A win for Urabe will probably set up another match-up against one of the better Japanese fighters of the division again. Higashimoto has nothing to lose. If he loses, it’s only his third pro fight and to Koya Urabe. If he wins, it’s a big upset and would move him up the ranks in Krush and Japan.

Alexey Ignashov is trying to revive his career, with two wins in a week last month. Benny Adegbuyi is on the come up, coming off his short and anticlimatic win over Jafar Ahmadi at the K-1 Final 16 last month. While Ignashov definitely isn’t in his prime, he can still trouble a lot of heavyweights and with a win here would get into the SuperKombat WGP Final in December. Despite Ignashov not being a top guy, he’s still a big name in kickboxing, no matter how far down his career has dropped off since his prime. A win over Ignashov would be a nice feather in Benny Adegbuyi’s cap.

Steve Moxon signed with GLORY this year and will make his debut for the promotion in 2013. For now, he’s staying very active in Australia and his opponent is coming all the way from Greece. This is a fight where Moxon can showcase all his abilities. Mixalopoulos has a style that should provide for a fun fight, welcoming exchanges, and he can also counter punch but I would definitely expect Moxon to win here. Moxon is a fighter that I think would be a fan favorite if more fans worldwide knew him.

Bobo Sacko is one of the many upcoming talents in France and recently suffered the first loss of his career last month to Aziz Hlali. Coming off his first loss, Petasawin isn’t an easy fight at all, considering how much experience the Thai has. Though Petasawin is now probably past his prime, Sacko hasn’t faced an opponent like him before and could have trouble. The background makes for an interesting fight, with Sacko looking to prove himself.

Michael Badato and Maseh Nuristani are both Australian fighters that have had success fighting around the light heavyweight division, with Badato recently shining on JWP’s Caged Muay Thai. Nuristani lost to Steve Moxon earlier this year but from all accounts gave him a good fight. Both guys have big power and go for the knockout so don’t be surprised if there’s a big KO from either side.

This is a battle of tow men who have fought Nathan “Carnage Corbett. Both of them lost, but both of them also gave Corbett a lot of trouble. Payet hurt him with a high kick in the first round of their bout back in 2009. Susperregui fought Corbett in April and gave him a very tough fight over five rounds. Susperregui is a very awkward and unpredictable fighter but effective at the same time and is one of the better fighters at 95kg.

Nuit des Champion on November 24 is just a really good card, and so is this match-up. Valent is a very unheralded but good fighter who’s flown under the radar for a long time. He gave John Wayne Parr a very tough fight in 2009. Ghajji has been around for a while and while it seems that Valent has as well, he’s only 24. The fight takes place at 76kg, a normal weight for these two fighters, and is also five rounds.

Enriko Gogokhia is another up and coming talent at 70kg, who I thought should’ve gotten a decision over Mike Zambidis last year. Berneung is a tough test and can still beat and trouble a lot of fighters. Gogokhia’s main flaws have been defense and cardio, and Berneung can wear fighters down, so Gogokhia will need to be in top condition to make this fight competitive.