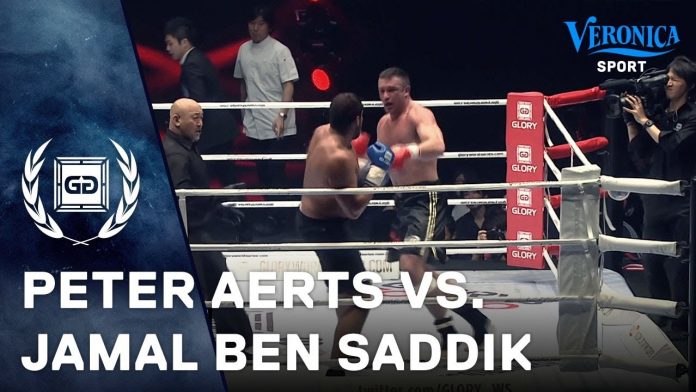 Peter Aerts might be getting up there in age in the fight world, but that doesn’t mean that he plans on slowing down any time soon. Mr. K-1 himself, Peter Aerts is set to take on the young Jamal Ben Saddik who last fought at Glory 4 Tokyo’s Grand Slam tournament and had a strong showing with wins over Errol Zimmerman and Remy Bonjasky before losing to Daniel Ghita.

Aerts has been rumored for the event for a while now and now Jamal Ben Saddik has confirmed the fight on his Facebook this morning. It should be a tough fight for both men in very different ways, as Aerts is going to be going into the fight with a fully healed right hand for the first time in years, but will still have to fight age and coming off of a disappointing 2012, while Saddik has to not take Aerts lightly.