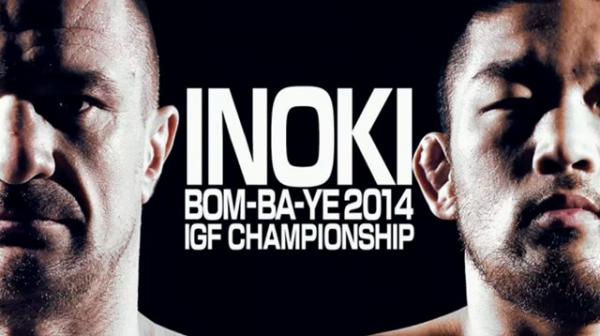 New Year’s Eve in Japan has been a tradition in combat sports for years now. Sadly, after the fall of FEG we’ve seen very little in the way of what we used to get with the huge Dynamite!! events in Japan. The days of Kakutougi being king in Japan have come and gone, but that doesn’t mean that people don’t try.

There were a handful of events in Japan today, with the bigger ones being run by DEEP and Inoki Genome Federation. IGF featured the bigger names like Cro Cop, Satoshi Ishii, Shinya Aoki, Josh Barnett (pro wrestling, not MMA) and even hosting Fedor Emelianenko and Wanderlei Silva as special guests. The story coming away from the event is that Mirko Cro Cop finished Satoshi Ishii with a left head kick to knock him off balance then following up with a flurry of punches to put him down and out.

This means that Mirko Cro Cop begins 2015 by holding onto the IGF World Championship.