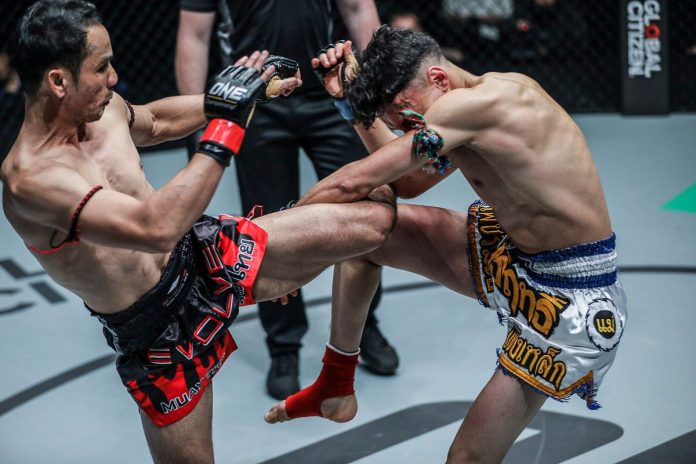 ONE Championship have only had a few events featuring the ONE SuperSeries kickboxing and muay thai bouts thus far but have produced some incredible action and buzz in the span of just a few months. On June 23rd they’ll return with another mostly-MMA card featuring a few, key ONE SuperSeries fights in Macau. As we’ve seen with prior ONE Championship events the SuperSeries will be featured prominently on the main card with two bouts to take place inside of the ONE cage, while one fight is relegated to the prelims, also in the cage.

On the main card there are two muay thai bouts in the ONE Championship SuperSeries, including Petchmorrakot vs. Fabrice Fairtex DeLannon at 67kg, with the big attraction for many being the flyweight bout between Lerdsilla and Sok Thy, with Lerdsilla known the world over as one of the most exciting muay thai practitioners in the world. Expect fireworks in all of these fights, of course, as the ONE SuperSeries fights that happen within the cage tend to be quick, a bit violent and a lot of fun.

Rui Bothelo takes on Yukinori Ogasawara on the prelims to round out the SuperSeries offerings.

ONE Championship will return with more SuperSeries action in short order on June 29th with Spirit of a Warrior, which will feature three more muay thai bouts.

ONE Championship: Pinnacle of Power