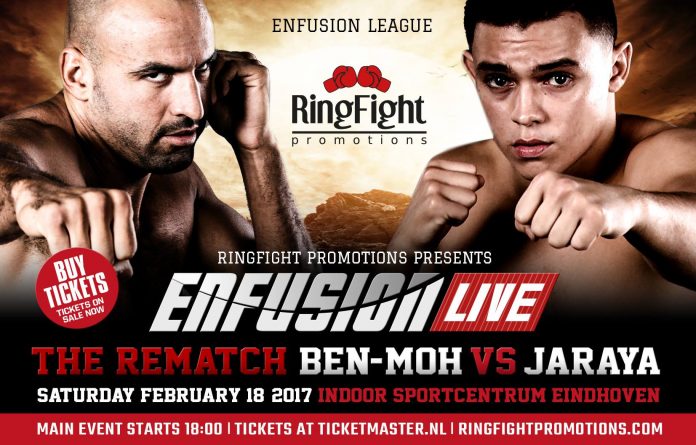 Enfusion’s third season comes to an end today with two tournaments. At 85kg for the men, Sahak Parparyan, Andrew Tate, Franci Grajs and Ritchie Hocking all advanced to the finals on the show and are in a four man, one night tournament. The women’s tournament is the same format, and features Denise Kielholtz, Lindsay Scheer, Chajmaa Bellakhal and Lucy Payne.

The event starts live at 1:00PM ET/10:00 AM PT in North America, or 19:00 CET in Europe. Fight Network will be airing the event live in Canada and the United States while it’ll be on Orange Sport in Europe. I’ll be doing live play by play of the event on twitter at @rianscalia.