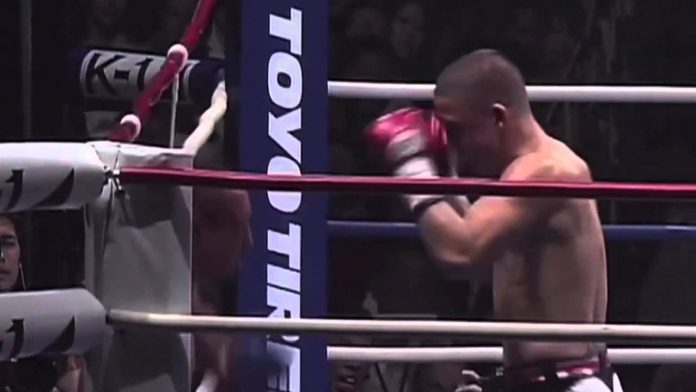 We’ll be providing live results of today’s K-1 US Grand Prix from the LA Sports Arena in Los Angeles, California, USA. It’s K-1’s first card in the US in a long, long time and the fight card is filled with American fighters looking to make a name for themselves.

The four Heavyweight Grand Prix fights are to qualify for the Final 16 on October 14 in Tokyo, Japan. There are also four MAX fights, along with four super fights and three undercard fights.

The first three undercard bouts are free on Spike.com or K-1’s Ustream channel. After the three undercard fights, however, the card goes on to PPV for $9.99 USD at the same locations and can only be paid for with credit card.

The undercard bouts kick off at 8PM ET/5PM PT and the main card on PPV starts at 9PM ET/6PM PT. Full fight card here. Myself, @rianscalia and @Liverkickdotcom will be providing live play by play on Twitter.

Joey Pagliuso def. Ben Yelle by KO in Round 3.

Chaz Mulkey def. Kit Cope by TKO in Round 2.

Jeremiah Metcalf def. Markhaile Wedderburn by KO (Knee to the Body) in Round 1.

Xavier Vigney def. Seth Petruzelli by TKO in Round 2.

Jarrell Miller def. Jack May by KO (Uppercut) in Round 1.