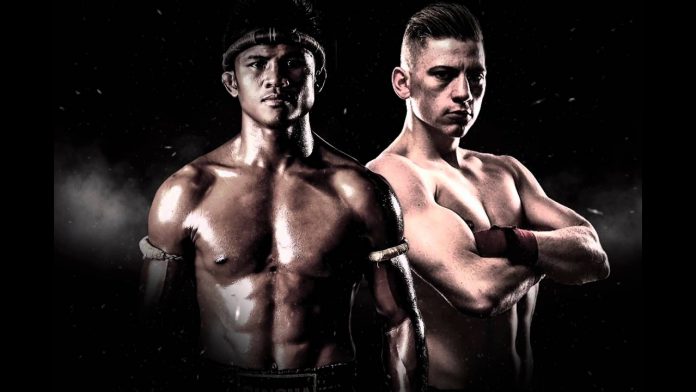 Today is the day! The K-1 World MAX 2013 Final 16 goes down live from Palma de Mallorca, Spain live at 3:00PM Eastern time here in the United States. The event is the Final 16 of this year’s K-1 World MAX tournament, which means eight tournament bouts are set for the card, featuring Andy Souwer vs. Yasuhiro Kido, Buakaw Banchamek vs. David Calvo, Enrico Kehl vs. Henri Van Opstal and more! Tune in live, right here on LiverKick or via Epicentre.tv. Either way you do it, the event is absolutely free of charge!

We’ll be bringing you live updates from the event so keep refreshing LiverKick!

K-1 MAX Reserve Bout: Christopher Mena (R3 – Dec.) Chad Sugden – They were closely matched up throughout the first two rounds, but Mena scored a knockdown in the third round which secured the decision for him.

Final 16: Maximo Suarez (R3 – Dec.) Miodrag Olar – Damn, this was just an all-out war. Olar fought very hard, with super heavy hands but Suarez had technique on his side.

Final 16: Buakaw Banchamek (R1 – TKO) David Calvo – What a demolition! Buakaw knocked Calvo down early with a devastating punch to the liver, only for Calvo to stand back up, then get hit with another and was unable to answer the ref!

Final 16: Lee Sung-Hyun (R3 – Dec.) Charles Francois – Lee got a solid knockdown in the first round which helped to dictate the pace of the fight. Francois had a stronger second round, but Lee took the third round easily.

Final 16: Enriko Kehl (R3 – Dec.) Henri van Opstal – Close, competitive fight. Van Opstal took the first round, but Kehl came back in the second round with the body shots that did some damage, following up with the same stuff in round three for the win.

Final 16: Zhou ZhiPeng (R3 – Dec.) Joey Pagluiso – One of those down and dirty fights that saw a lot of clinching from both sides. Pagliuso was given a yellow card in round three which made it clear that the fight would go in the way of Zhou.

Final 16: Elam Ngor (R3 – KO) Ismat Aghazade – Another ugly fight with Aghazade getting a yellow card for clinching. Ngor landed a body punch and low kick that put Ismat down, with him unable to answer the ref’s count in time.

Final 16: Andy Souwer (R3 – Dec.) Yasuhiro Kido – This fight was a lot closer than most would have expected, with Souwer being in control most of the bout but Kido landing some really clean shots. A cut was open over Souwer’s eye and it was inspected, but he was cleared to finish the bout.