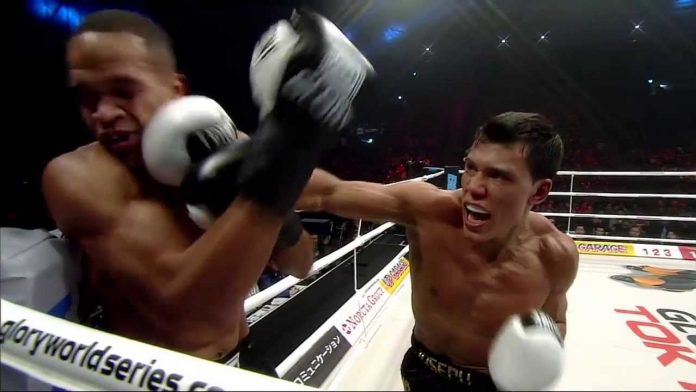 It has been almost a year since we’ve seen “Bazooka” Joe Valtellini in action. At GLORY 17 Los Angeles Valtellini was victorious over then-champion Marc de Bonte securing the GLORY Welterweight Championship. Since then fans have been anxiously awaiting the rematch between Valtellini and Nieky Holzken, Holzken himself feeling rather impatient over how many times the bout has been pushed back.

Now we know why and it is pretty heartbreaking. According to our friend John Joe O’Regan over at BloodyElbow the GLORY Champ has been suffering from Post-Concussion Syndrome, which includes sensitivity to light or loud noises and has kept him on the shelf for a while now. According to Valtellini there is still no real timetable for him being able to start training again and return to the ring so he made the tough decision of vacating the championship. Valtellini notes that it could be a matter of weeks until he is better or it could be a matter of months, it’s simply difficult to tell at this point.

Here’s hoping to a speedy recovery for Valtellini and we will hopefully see him vying for that GLORY Welterweight Championship again in no time.