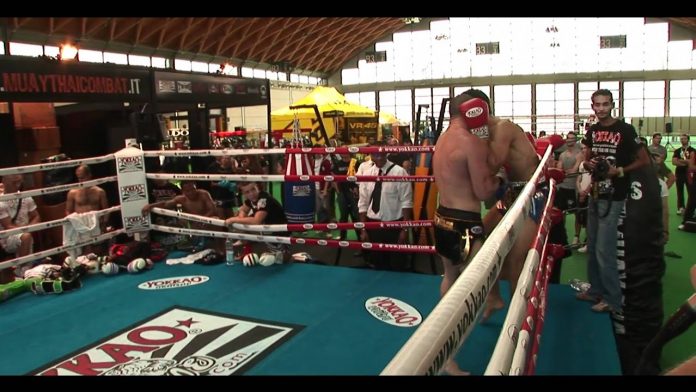 The Tatneft Cup has had a great season this year and it all came down to yesterday for the competitors in the final round. Each fighter in the finals had won three fights to get there. The final match-ups were Dzhabar Askerov vs. Maxim Smirnov at 70kg, Alexander Oleinik vs. Dmitry Shakuta at 80kg and Hicham Achalhi vs. Dmitri Bezus at +91kg. Also, all three final match-ups were six rounds of three minutes. Along with the finals, there were three single fights.

In the 70kg final, Dzhabar Askerov showed a much more controlled side of his game. He wore down Smirnov with low kicks, significantly hurting him to the legs in the second round. In the third, Askerov landed a right knee to Smirnov’s face, sending him down. Smirnov got up but the fight was waved off by the referee.

In the 80kg final, two of the world’s top fighters at the weight in Alexander Oleinik and Dmitry Shakuta engaged in a very measured contest. Both fighters were very tentative to commit to effective strikes. To me, Shakuta seemed to just land more with Oleinik not doing much for a large portion of the fight. Oleinik was effective when he did commit, but that was rare. Oleinik took a unanimous decision in a fight that could’ve gone to Shakuta.

In the +91kg final, Hicham Achalhi looked to be significantly outweighed by Dmitri Bezus. Bezus moved and stayed on the outside, landing shots for the first three rounds and Achalhi started to find a spot for his punches in the second half of the fight. Achalhi walked away with the unanimous decision in another fight that I thought could’ve gone the other way. If anything, Hicham could really do with dropping in weight. I could see him even fighting at 77kg (170lbs).