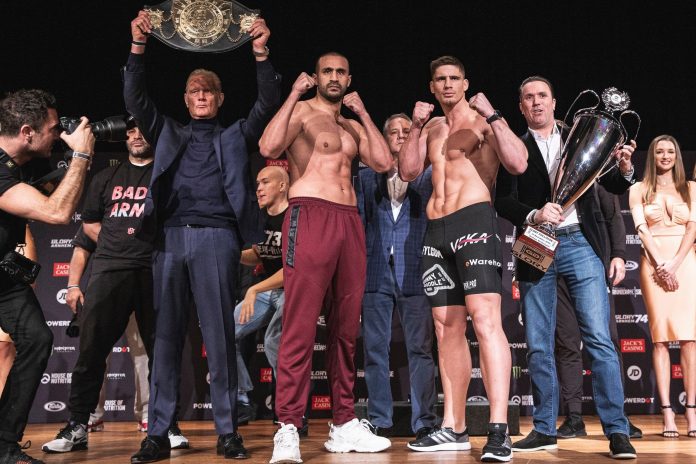 GLORY will be attempting to find talent in the United States with their Road to GLORY series of events and the first one, as we’ve known for a while, takes place on February 1 in Tulsa, Oklahoma under Dale Cook’s Xtreme Fight Night promotional banner.

A few things have been officially confirmed today. First off, the tournament will indeed be at 95kg/209lbs. Second, the official lineup of the eight tournament fighters has been confirmed:

No fights have been announced yet.

The familiar name will of course be Randy Blake, the hometown fighter, who fought for K-1 last year. Myron Dennis has fought and lost to Randy Blake twice, including by split decision in their first encounter. Brian Collette is seen as one of the best up and coming heavyweights in the United States, and I was actually surprised that he’d be fighting at this weight. Manuel Quezada is mostly known as a pro boxer, but he was also a kickboxer before that and fought on some of the old K-1 USA shows back in the day. Roy Boughton is an experienced MMA fighter who’s fought for Bellator, Shark Fights and Score Fighting series.

Those three fighters would be the most familiar ones. There isn’t much information on the remaining three fighters. Freitag has a lot of MMA experience. Kyle Martin was undefeated as an amateur in kickboxing and is from New Orleans, Louisiana. Daniel Brison has a few pro boxing wins but also has experience in Muay Thai and kickboxing.