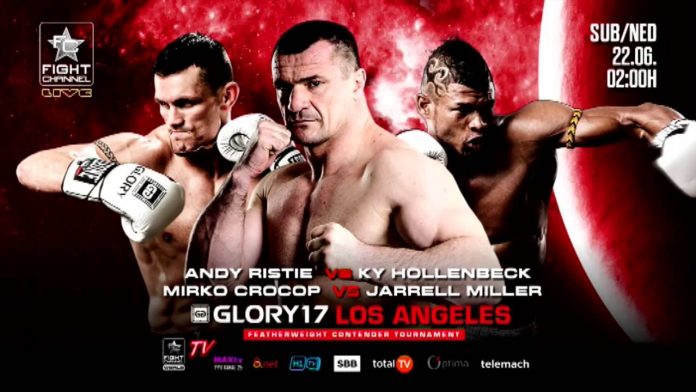 When it comes to GLORY events, semantics are vital. Numbered GLORY events have been airing on Spike TV and television around the world while the undercards are the GLORY SuperFight Series. When it comes to GLORY 17 Los Angeles things are going to be a little bit different. GLORY 17 Los Angeles will air on Spike TV, like usual, but this time around that will not be the main attraction. Oh no.

The GLORY Last Man Standing Middleweight tournament on PPV. We told you that GLORY PPV was coming and here it is. This will be an 8-man tournament, which GLORY has announced six of the names thus far. Those names are as follows; Joe Schilling, Simon Marcus, Alex Pereira, Bogdan Stoica, Melvin Manhoef and Wayne Barrett. The big surprise is the inclusion of Simon Marcus, who has a long history with GLORY 10 Middleweight tournament winner Joe Schilling. The new names are Bogdan Stoica, brother of Andrei Stoica and Melvin Manhoef. We all know Melvin.

This is a huge deal, obviously, we’ll have more information when it becomes available.