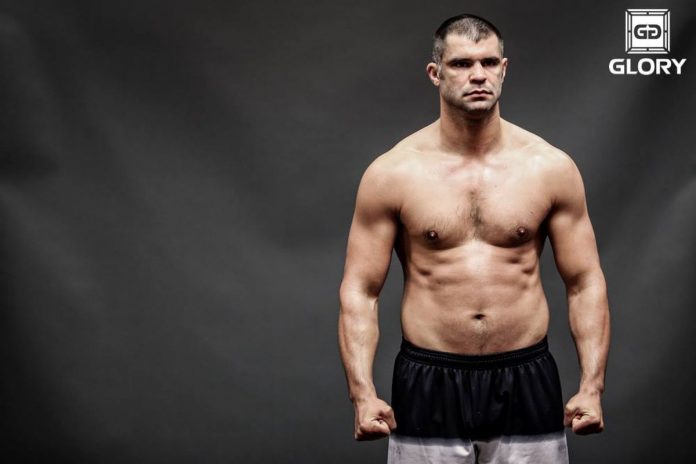 It’s Showtime 55 was an explosive show, and in the realm of the Heavyweight division helped to organize it and make some sense of what was a rather confusing division. The retirement of Badr Hari was the big story for this show, and quite honestly, Badr Hari looked better than he has looked in a long, long time in the ring. He was focused, in control and defending just about everything that Saki had to offer. It is a shame that we will not get to watch him fight again for an undisclosed amount of time, but he is off to try his hand at Boxing where he will try to become a star in America.

What is clear is that Daniel Ghita’s win over Hesdy Gerges has proven that Ghita is finally making good on his potential. Ghita burst onto the international scene in 2009 when he first appeared in the It’s Showtime ring, stopping Tomas Hron with deadly low kicks. He then went on to win the K-1 WGP Final Qualifying Tournament in Japan three months later, which gave him the unenviable task of making his K-1 World Grand Prix Final 16 debut against Semmy Schilt. Ghita was yet to become a complete fighter and Semmy was able to pick him apart in typical Schilt fashion. The years that have followed have been important learning years for Ghita, with the last two years in particular with him realizing that he needed to improve his hands to hang with the elite Heavyweights.

He has done exactly that, adding good technique with his hands as well as devastating power along with what might be the hardest kicks at Heavyweight. At the K-1 World Grand Prix Final 16 in 2010 Ghita knocked Errol Zimmerman out with a right hand, one of his few KO victories with his hands. Then in 2011 a win over Erhan Deniz came from a deadly left hook to the body, and finally the fight against Gerges tonight where Ghita landed a brutal left hook, leaving Gerges sprawled out on the canvas. A distinctly different fight than the one that we saw last year, and a different Ghita as well. Tonight was the realization of what Ghita should be, a complete fighter, a patient fighter and a scary one. The win over Ghita has earned him the It’s Showtime Heavyweight Championship, and honestly, puts him in the spot to where he is the man to beat in 2012. The departure of Badr Hari only re-enforces that, as Ghita being a complete fighter poses a threat to everyone in the division.

The fight to book right now seems to be Errol Zimmerman and Daniel Ghita, as both men have been on a roll, with Zimmerman seeing one of the best years any Kickboxer has seen in a while in 2011. Errol’s winning streak and Ghita’s rise to prominence just makes for a great fight on paper, with both men filling in the holes in their game and training extra hard to be considered the best int he world. Ghita also can look forward to avenging a few other big losses, with fights against Gokhan Saki and Semmy Schilt also being fights that fans would love to see.