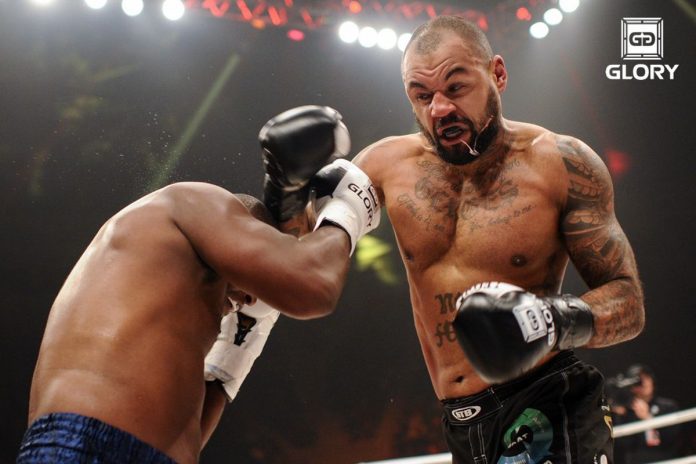 The kickboxing world suffered another huge blow today, as It’s Showtime and K-1 fighter Hesdy Gerges was arrested for drug trafficking earlier today. The arrest of Gerges was in relation to a raid by Belgium officials in May, where Hesdy’s half brother, Ashraf and his friend were caught with 128 kilos of cocaine in Antwerp, Belgium. Gerges, as well as four more suspects were arrested today at the behest of Belgium officials, who will demand extradition.

Hesdy was asked about this last year and vehemently denied having anything to do with his brother’s drug smuggling operation. It is unclear what Hesdy’s involvement is at this point, but according to at5.nl, during the raid computers, phones as well as weapons and ammunition were confiscated, but it was not clear what, if anything was taken from Gerges. This comes hot on the heel of Ashwin Balrak’s arrest for drug possession in November, found with 82 kg of cocaine on him, as well as Badr Hari’s sprawling legal problems involving assault on a bouncer last year.

To compound matters, Mayor Van der Laan of Amsterdam has been very vocal about kickboxing and martial arts events, and was looking to crack down on organized crime in Amsterdam. He believes that kickboxing events bring organized crime to the city and parade criminals around as VIPs. He is unhappy with the image the city has and is looking to clean it up. There was talk of outright banning events, but Van der Laan has recently went on record stating that is not his intention.

With It’s Showtime’s next event on March 6th, it appears that Hesdy Gerges will not be able to fight in the main event against Daniel Ghita, as a case like this will take a while to be sorted out, especially because it involves an extradition process. [source]