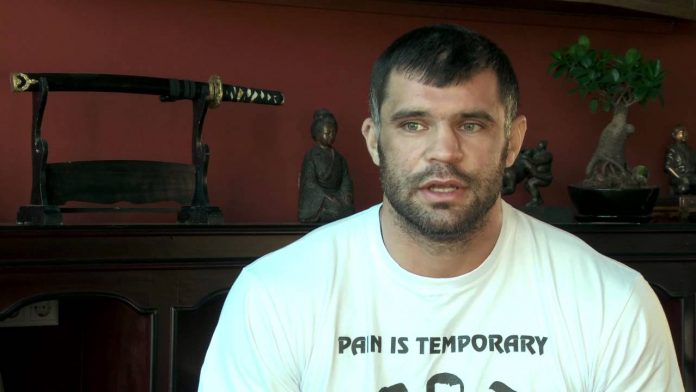 This comes after there were rumors that Junior Dos Santos was trying to bring Daniel Ghita into his camp to help prepare for Alistair Overeem, knowing that Ghita had worked with Overeem on his last fight and would be a good sparring partner as well. We confirmed this with Anil Dubar earlier in the week, but at that point there had been no decision yet. There is a good chance that when Overeem and his people found out about JDS trying to lure Ghita to Brazil there became an immediate need to lock down Daniel Ghita to ensure he wasn’t snatched up.

Ghita’s home base will be in Florida now, but he has spoken to Sport.ro and said that his focus is still on competing in Kickboxing (noted: K-1), but he will also be training with UFC fighters as well. This will probably bring about rumors of Ghita making a switch to MMA, but as we saw from Tyrone Spong, training in a camp with MMA fighters will not exactly negate your skills as a Kickboxer and Ghita should be fine training for future bouts there.

Update: Anil Dubar confirmed to us that Ghita will only be staying there for two months.