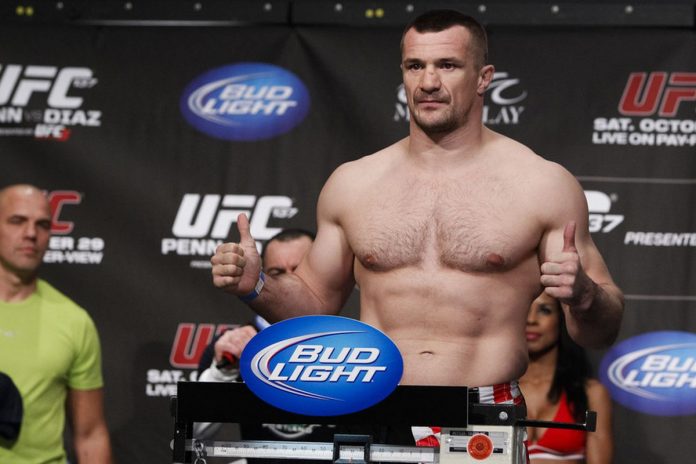 It’s long been known that Mirko Cro Cop has planned a return to his original sport of kickboxing on March 10. Rumors circulated of potential opponents, with names like Errol Zimmerman and Dzevad Poturak popping up.

Croatian journalist Slobodan Mufic is reporting that Cro Cop will face none other than Ray Sefo on March 10 at the Zagreb Arena in Zagreb, Croatia. An official announcement of the fight will be made on Tuesday at a press conference at the Sheraton Zagreb hotel.

The event is named “K-1 Final Fight” as previously reported and it is being organized by Fight Channel, a TV station in the region. It’s set to be pretty big, as the Zagreb Arena is a state of the art facility with a maximum capacity of 24 000 people. Other names like Daniel Ghita have been rumored for the fight card, but nothing is official yet.

It’s fitting that Sefo and Cro Cop face eachother. Despite being two of the main fighters in K-1 during their times there, they never fought eachother. Both are obviously well past their prime so the fight and should consider retirement but they’re most likely getting paid nicely so this will really just be a test of who has more left in the tank. Cro Cop lost his last three MMA fights by way of knockout and I don’t think anyone would like to see himself put in anymore danger than he already is in, but nevertheless, he’ll continue on with his career, this time in kickboxing. Ray Sefo’s last kickboxing fight was in October of 2010 where he lost to Tyrone Spong at the K-1 Final 16. He’s also dabbled into MMA, being a coach at Xtreme Couture and losing by way of submission to Valentijn Overeem in February of 2011.