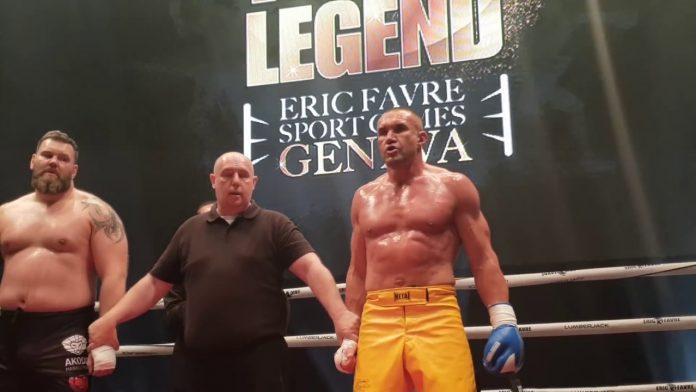 Today in Geneva, Switzerland two legends of kickboxing fought it out for the ISKA Kickboxing World Super Heavyweight Title. The two had fought before in 2001 with JLB taking a unanimous decision over 5 rounds.

Today was no different, as Le Banner won a decision over 5 rounds to become the new ISKA Kickboxing World Super Heavyweight Champion. One notable difference in this fight was that the rounds were only 2 minutes. It’s still a good win for Le Banner, who could seemingly retire at any moment. Leko is past his prime but 2 wins over him is very good for his already wide resume.

Also on the card, Frank Munoz took on Nicolas Wamba and lost a 5 round decision.

Thanks to FightNews for the results.