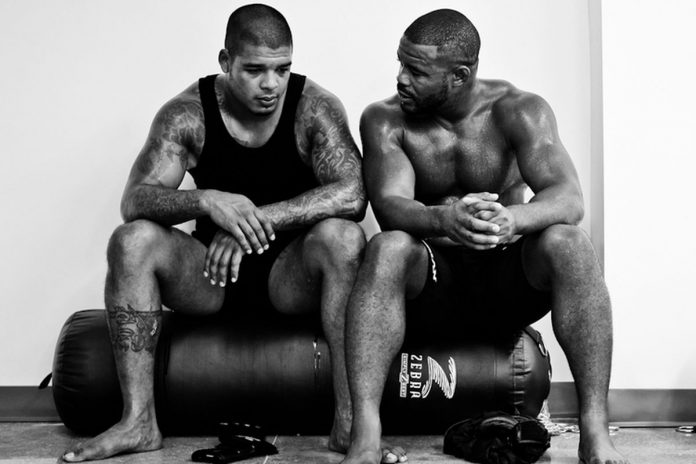 In the night’s main event, Hiroki Shishido secured his spot in his 5th straight S-Cup with a 1st round KO of Satoru Suzuki. Shishido (49-17-0, 21 KO) scored a spinning backfist that dropped Suzuki and kept him down, snapping a 4-fight losing streak for Shishido. He had been struggling as of late, losing 6 of his last 7 with uncharacteristic losses to MMA fighters Toby Imada and “Lion” Takeshi Inoue, but picks up a big win here and should give him some momentum for the S-Cup. In the 2010 S-Cup, he dropped a decision to eventual champion Buakaw Por. Pramuk. Suzuki (8-12-0, 5 KO) had a chance to avenge a loss from his first fight in Shootboxing, but fell in the first round once again. Despite becoming one of Shootboxing’s most popular fighters, it looks like Suzuki will miss out on this year’s S-Cup.

In the co-main event, Shootboxing newcomers and K-1 veterans Warren Stevelmans and Hinata fought for a spot in this year’s S-Cup, with Stevelmans winning a unanimous decision on scores of 30-28, 28-27 and 29-28. Stevelmans (56-16-4, 16 KO) dropped Hinata in the second round and it was enough to get him into this year’s S-Cup. This was his second fight in Shootboxing, previously defeating Hiroki Shishido in the main event of Shootboxing Act.1 earlier this year. Hinata (23-13-1, 8 KO) was also making his second appearance in Shootboxing after a 48 second loss to Andy Souwer in 2010.

In the final S-Cup qualifier, Bovy Sor Udomson made quick work of former PRIDE and UFC star Akihiro Gono with a 1st round TKO at 2:15. Bovy (85-46-2, 53 KO) will make his 2nd S-Cup appearance with this win, losing to Andy Souwer in the quarterfinals of his first S-Cup in 2010. Bovy had most recently lost to Satoru Suzuki, but that is irrelevant as Bovy is in the S-Cup while Suzuki is not. Gono (5-4-0, 1 KO) initially weighed in over weight and had to re-weigh this morning before the event. After retiring from MMA earlier this year and returning to kickboxing in 2011, Gono had stated that he wanted to qualify for the S-Cup. A win in DEEP got him this fight, but he was unable to capitalize and this loss could possibly be the last fight in an entertaining career. If it is, hopefully the Magic Man can continue to find ways to entertain fans outside of fighting.

Assuming Shootboxing will be able to bring back their 4 semifinalists from 2010 (Buakaw Por. Pramuk, Toby Imada, Andy Souwer and Henri van Opstal), there is only 1 open spot remaining. It is possible that the spot could be given to one of today’s losers, presumably Satoru Suzuki, or it could go to Shootboxing Super Lightweight champ Hiroaki Suzuki. With Shishido being the only Japanese fighter to qualify for the tournament, I expect either Suzuki to be a more viable option than a 7th foreigner.

In a 60kg bout, RISE 60kg champ Kosuke Komiyama continued his winning ways with a unanimous decision over Shootboxing Super Featherweight champ Akifumi Utagawa on scores of 30-28 and 30-29(x2). Komiyama (19-2-0, 11 KO) has looked extremely impressive since a questionable split decision loss to Keiji Ozaki in K-1 and is looking for divisional supremacy at 60kg, though that will be hard to claim until he fights against the best that Krush has to offer. To his credit, he has called out Hirotaka Urabe in the past, but nothing has come of it. Utagawa (32-13-1, 1 NC, 15 KO) had his 4-fight winning streak snapped here.

Quick results after the break