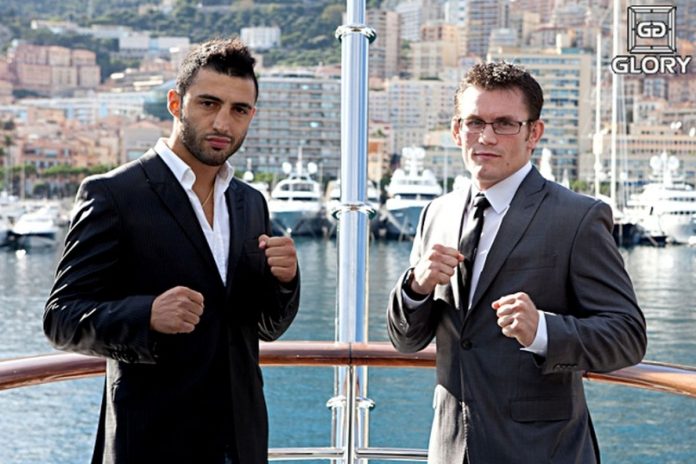 Today in Monaco, GLORY held the draw for their Final 8 70kg tournament which takes place on November 3 in Rome, Italy at GLORY 3 Rome. Extravagantly, the draw was held on a yacht, with all eight Final 8 participants on hand. That would be Giorgio Petrosyan, Robin van Roosmalen, Albert Kraus, Shemsi Beqiri, Sanny Dahlbeck, Ky Hollenbeck, Davit Kyria and Tim Thomas.

The fighters were drawn by their seedings in the GLORY rankings, with #1 Giorgio Petrosyan and #2 Albert Kraus placed on opposite sides of the brackets. The drawn match-ups are as follows:

You can watch the full press conference and draw in the video above. The rest of the fight card is as follows:

For full information, check out the full report on gloryworldseries.com.