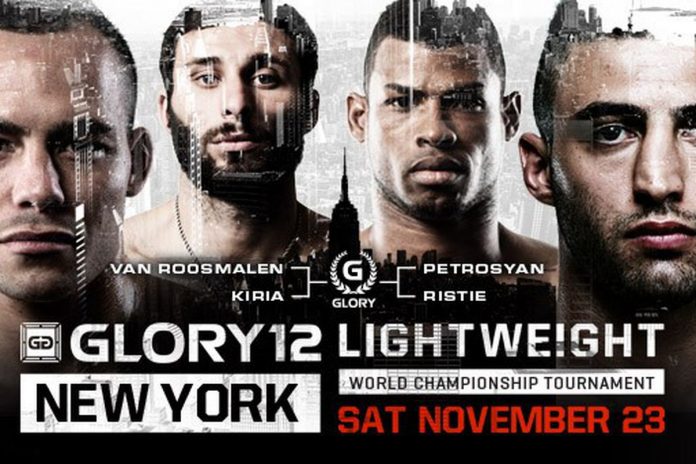 Tonight at 9PM Eastern time GLORY 12 New York is set to take the world by storm live on Spike TV here in the United States. If you are outside of the United States and wondering how you can watch GLORY 12 the answer is quite simple; head to the LiverKick.com home page and click the story up top and order GLORY 12 live on internet PPV. Pretty simple, right? GLORY 12 features the GLORY Lightweight Tournament with Giogio Petrosyan, Robin van Roosmalen, Davit Kiria and Andy Ristie. Also on the card will be Ben Edwards taking on Jamal Ben Saddik and Joe Schilling squaring off with New York’s own Wayne Barrett.

So join us tonight at 9pm Eastern for live coverage of GLORY 12 New York and don’t forget to check us out on Twitter (@LiverKickdotcom) for live results.