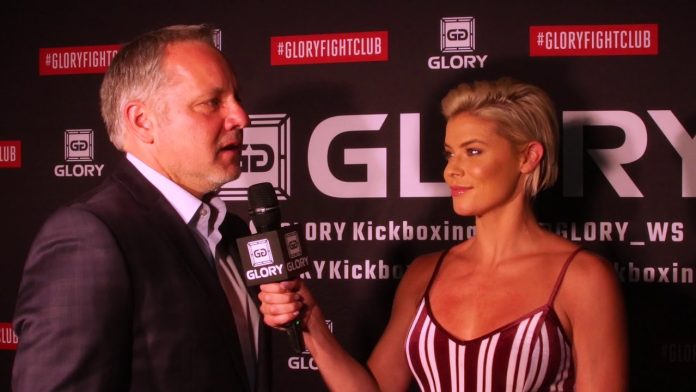 GLORY dropped an interesting news story today in that GLORY’s CEO will be moving into the role of Chief Development Officer, focusing on efforts to grow the sport in the Americas, while Marshall Zelaznik will move into the role of Chief Executive Officer. Franklin joined GLORY at a turbulent time for the company, with the promotion struggling to gain ground while overspending. Franklin was able to stabilize the ship and put the promotion back on the right path, which leads into the appointment of Zelaznik, who will take, as they say, a more “global” approach to the sport.

He’s coming from a role with Major League Gaming, working as the Global Head of Business Development and Content. It’s interesting to note that while sports fans tend to scoff at the idea of gaming, the concept of eSports has really taken off in the last few years and we’ve seen eSports events as lead-ins to GLORY programming on ESPN since the agreement was forged. The world of eSports has exploded and Zelaznik has been instrumental in that growth for the MLG brand. Prior to that he worked with the UFC as Executive Vice President and Content Officer.

Zelaznik was one of the key people behind UFC Fight Pass and was actually really accessible about the platform, discussing the pros and cons of the product early on in its life-cycle and taking feedback from its core customer-base. While Franklin did a lot for the company and will continue to do a lot for the company, it’s hard to ignore the UFC and MLG credentials of Zelaznik and what the pairing of Zelaznik and Franklin can do to help bring the sport to an even bigger level in the coming months and years.