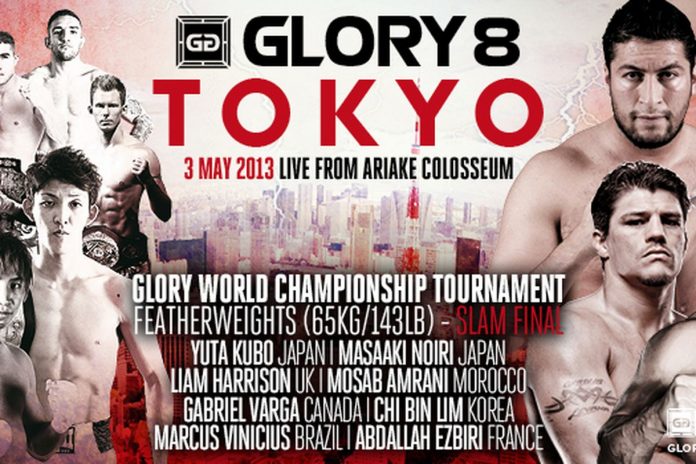 GLORY 8 Tokyo takes place on May 3 in Tokyo, Japan at the Ariake Coliseum. Previously announced for the fight card were GLORY’s eight man 65kg tournament, as well as a fight between Peter Aerts and Jamal Ben Saddik. The complete tournament lineup was just announced, as well as a few other fights.

The eight man field for the 65kg tournament is as follows:

Two other fights were also added to the card. The 70kg fight that fell through at GLORY 5 London this past weekend between Albert Kraus and Andy Ristie has been rescheduled to be on this event. Also, Anderson “Braddock” Silva will fight Jaideep Singh.