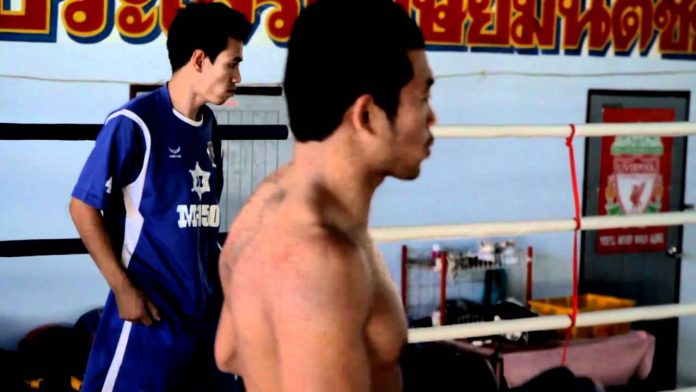 With October being sucked a stacked month for kickboxing and Muay Thai, there’s obviously some great fights going on. Most of our readers will know of the major, most well known fights going on this month at K-1, GLORY and to a lesser degree, in Thailand, so I’m going to highlight ten marquee fights that you might not know about, that you should know about. I’ll start off with a few fights from the major events that are overshadowed by the big fights on those respective cards.

Nong-O has really had Petboonchu’s number over the years, having beaten him five times out of their six fights, including stopping Petboonchu three times. Their last fight, however, was much closer. Petboonchu can draw anyone into his grueling clinch game and one has to think that he’ll eventually beat Nong-O again, with his lone win against him being in 2009. A win for either fighter could definitely get them back closer to a fight with the Saenchais and Singdams of the world.

Obviously, all the talk about GLORY 2 Brussels is Remy Bonjasky’s return but one fight you should really look for is this one. The fight takes place at 79kg, much higher than where Murthel usually fights at 70-77kg, but this is normally where Marc de Bonte fights. de Bonte is a very young, but extremely talented fighter from Belgium who’s now getting his opportunity on the big stage. It’s quite an interesting style match-up, with de Bonte being the more technical fighter but as always, you can never count Murthel Groenhart out, even at this weight, as showcased in his victory over Harut Grigorian.

Amine Kacem is yet another successful Muay Thai fighter out of Team Nasser K in France. At the same time, he’s only 18 years old. This fight will be his biggest test to date as he fights Albert Chey, one of the best Muay Thai fighters that France has. Chey has fought the likes of Jomthong Chuwattana and beaten Thong Puidinaidee. Kacem seems to be getting a push lately and whether he passes this test or not, it’s still quite an interesting match-up.

Although Thomas Adamandopoulos is on this card and both men have lost to him, both have gotten better. The winner of this fight definitely jumps near the top of around 63kg kickboxing in France. Diarra, after a loss to Thomas Adamandopoulos in full contact last year, rebounded with several wins under K-1 rules and Peynaud is his biggest challenge since that fight with Adamandopoulos. Peynaud lost to Masaaki Noiri earlier this year but has been all over the place doing boxing, full contact and kickboxing. This is essentially two fighters trying to get back into the upper echelon of their weight division in kickboxing after having gotten better from previous losses.

Damien Alamos currently is the only non-Thai champion at Lumpinee Stadium, also recently becoming the only non-Thai to ever defend a Lumpinee championship. He takes on the extremely tough and resilient Diesellek Aoodonmuang, who he beat a year ago at Lumpinee. Diesellek has gotten better since that fight though, stopping F16 Rajanont impressively, twice in a row and is on fire lately. Both guys are never in a boring fight so this one should be fireworks.

This match-up would be fireworks with just a ring and normal boxing gloves but with MMA gloves and a cage, I can’t even imagine how crazy it’s going to get. Pornsaneh in particular is super aggressive, throwing punch combinations with bad intentions along with crippling low kicks and is finally getting some international fights. Thompson is also an all action fighter so expect it to be fought at a grueling pace with damage being dished out left, right and center.

This fight is probably the one that’s getting the least attention on the entire K-1 card. It also happens to be the only non-heavyweight fight, as both fight around 60kg. While not much is known about Lee, Genji Umeno is a Japanese Muay Thai fighter that was ranked #9 at Lumpinee Stadium last year. This will be Umeno’s first K-1 rules fight but make no mistake, he throws with mean intentions and with power and definitely has a style that should transfer over well to kickboxing. There’s also an element of surprise with Lee here, so it should be interesting.

Steve Moxon is back in his first fight since signing with GLORY, taking on Fadi Merza who will fight anyone, anywhere and has pretty much done that throughout his career. While people generally don’t think of Merza as a top fighter, what makes this fight interesting, aside from the fact that Steve Moxon is fighting, is that Merza was able to give Mike Zambidis some trouble in April. Zambidis and Moxon are quite similar in style, and of course in height so it’s not out of the question that Merza could make it a bit difficult with his dangerous step up knees.

RISE has been bringing in some foreign opposition lately and Javier Hernandez is to date most definitely the best fighter they’ve brought in. Yuki can be a tough out for anyone and this will also be Hernandez’s first real international fight so it stacks up pretty well. This one has all the makings of a back and forth fight, as Yuki can be susceptible to punchers like Hernandez but at the same time, Masahiro Yamamoto showed that Hernandez can be beaten with a heavy assault of kicks and knees, which is Yuki’s specialty, especially with low kicks.

You might remember Konstantin Trishin from a lone K-1 fight back in 2008 at the MAX Final 8 where he defeated Masato protege Susumu Daiguji. After that, his name never really popped up again except at various small shows and IFMA amateur tournaments but he still remains quite a good fighter at 60kg, which is the weight of this fight. There’s no video of Ximba, he’s an up and coming fighter from South Africa with an 18-2 record that is getting his first real shot on the international stage against an opponent like Trishin. It should be particularly interesting to see how Ximba does against a proven opponent like Trishin.