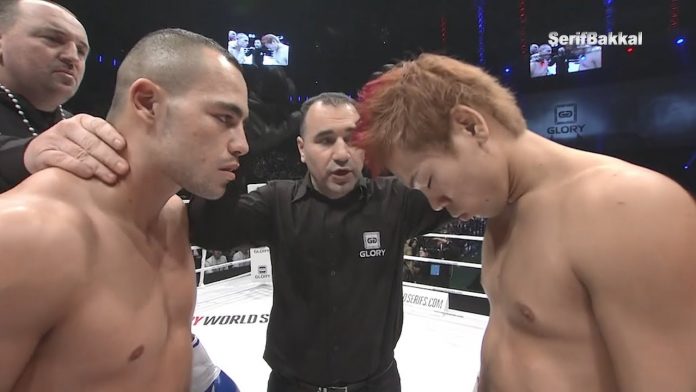 The DREAM 18/GLORY 4 mega card continues to expand, as lately we’ve had a steady flow of fight announcements over the past few days.

Just now, it was announced via press conference that Robin van Roosmalen will fight Yuichiro “Jienotsu” Nagashima at 70kg. The fight will be a kickboxing bout, and I’m only mentioning that because it was actually rumored that these two would fight in MMA. Robin comes off making it to the finals of the GLORY Final 8 in Rome where he lost to Giorgio Petrosyan on November 3, while Nagashima last fought in October at REBELS 13 and dropped a close decision to Henri van Opstal.

In a heavyweight kickboxing bout, Jerome Le Banner will face Koichi Pettas. Le Banner was another fighter who was rumored to be fighting MMA but instead he’ll do kickboxing. Pettas made his GLORY debut at GLORY 2 Brussels where he stopped Mark Miller.