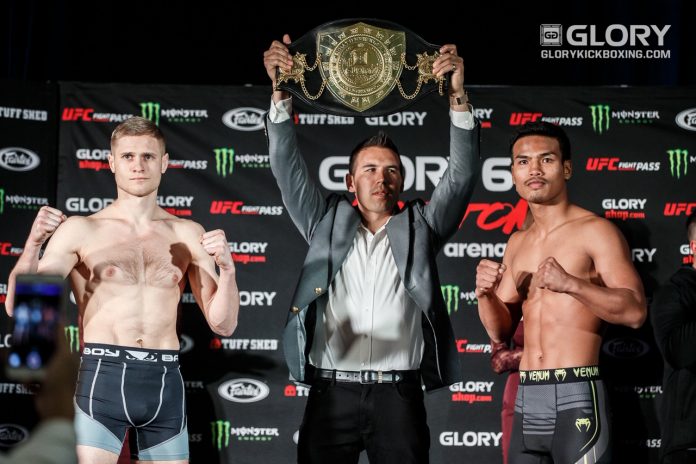 As we know, GLORY will be running a series of “Road to GLORY” events in the United States and Japan this year, with the objective of finding talent from those respective countries. The Road to GLORY shows will feature eight man tournaments, with the winners getting prize money and a GLORY contract.

So far, there hasn’t been much official information released but things seem to be coming together. The first Road to GLORY USA event will take place on February 1 in Tulsa, Oklahoma with an eight man heavyweight tournament featuring Randy Blake. This event has been known about for a while now and will be put on also by Dale Cook’s Xtreme Fight Night promotion at The Joint at the Hard Rock in Tulsa. The eight fighters seem to be set but as of now there are no match-ups in place:

Recently word also got out that the second Road to GLORY USA event will be on February 9 in Los Angeles, with fighters Afam Egbochuku and Mike Lemaire being in the tournament. From these fighters we can conclude that the tournament will be at 85kg. This event takes place at the Hollywood Park Casino in Inglewood.

After that, there appears to be another Road to GLORY USA in New York City on March 22. This news comes via fighter Chris Clodfelter, who says he’s in the tournament. Assuming that this is all true, it would appear that this event would be the 77kg tournament.

Finally, word today got out that there will be a Road to GLORY USA event in Milwaukee in early May. Duke Roufus talked about the news and how he was working with GLORY to put on the event, which will have the 70kg tournament.

That’s all we can piece together for now. Official announcements should be coming soon from GLORY, considering that some of these events aren’t too far away.